Love may be a tender emotion, but declaring it takes a large amount of courage. The need for perfection is manic when one wishes to propose to their lover, though the feelings behind it are endearing. And if one is dealing in the Bollywood style of confession? Beware the magnum opus show, the melodramatic situations and the wondrous imagination of the creators, but do not forget the brilliant acting of the simplest yet most complicated of gestures.
Today, BollyCurry takes you through the realms of love, its proposal and a little bit of the aftermath, just for you, from all of us, with love.
Mughal E Azam 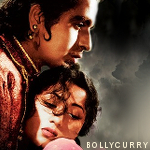 There are bound to be swords drawn when it comes to royals, and when it comes to their love. The grandeur brilliance of this piece of cinematic work had high voltage drama, topped with acting prowess. It was a saga of love being trashed and torn down from all sides, but when it came to let the world know about their love, Anarkali (Madhubala) left Salim (Dilip Kumar) behind and took centre stage. Draped in red and shining with crystals, Madhubala didn't just dance on "Pyar Kiya Toh Darna Kya", but expressed each emotion behind the lyrics to finesse. From confessing her love to telling it to the world, and challenging the mighty Mughal Emperor despite being a courtesan, this ode of love is not just words, but a soul made corporeal by the talented Madhubala, infused with Anarkali's fearless love that is ready to face all consequences.
Sholay 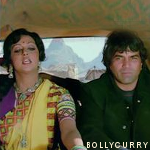 When films become a cult classic, there will undoubtedly be scenes that everyone remembers. Among these is Veeru's (Dharmendra Singh Deol) confession of love and proposal  to Basanti (Hema Malini). Just picture it now: the venue is a polished water tank, and the gaaon waale have gathered. Seated atop the tank is a drunken man, Dharmendra, in full form, slurring out his grievances when it comes to love. Each sentence ends with a declaration of suicide, which despite being a serious topic, is charmingly handled and very ribtickling. This was one proposal which had a definite Yes! resounding, because a dose of love, plus a dose of hilarity is always the right way to woo a girl.
Kal Ho Naa Ho 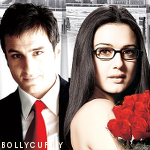 We were all pretty certain she was going to say yes, but that does not mean we are exempted from a hyperactive family, a vision in white looking like a million bucks, a limousine, red roses and a lavish set-up complete with orchestra. There might be a bottle of chilled champagne somewhere, but then the sight of a dapper looking Rohit (Saif Ali Khan) in a suit was enough for us to lose our heads. His proposal to Naina (Preity Zinta) was heartfelt and beautiful, and even though we were sure she would not turn him down, we still sat till the end with a smile on our faces and our hands pressed to our hearts.
Mujhse Shaadi Karogi 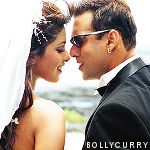 When almost the entire movie is just on the right side of being over the top, why shouldn't the climax follow suit? The tussle between Sameer (Salman Khan) and Sunny (Akshay Kumar) for the love of Rani (Priyanka Chopra) literally reaches the battle ground, in a cricket stadium no less. Talk about irony! With the whole world watching, and some cricket legends cheering, Sameer finally speaks his heart. The resounding "Mujhse shaadi karogi?" was the highlight of the whole show. It is no small thing to propose to your lady love in front of thousands, when money was at stake, and possible humiliation if not done properly. It had the grandeur and the masala that audiences love.
Rab Ne Bana Di Jodi 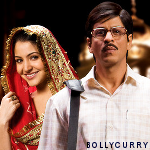 Ignoring the fact that apparently a moustache can transform a face so thoroughly, the manner in which hearts begin to meet in this film is the most important message. Taani (Anushka Sharma) may not be capable of putting the dots together, but her husband Suri (Shah Rukh Khan) left no stone unturned in an attempt to win her heart. Transforming himself into Raj, he mesmerised us when he managed to transform the view of the city into a brilliant display of lights, proclaiming to Taani and the rest of the galaxy - 'I Love You'. There was no misunderstanding his intentions, emotions blazing as bright as the lights. Yet the fact that her husband works for the electricity department and her dance partner largely resembled him did not strike Taani, but our hearts still danced as we were left spellbound.
Love as an emotion is delicate, but can be one of the strongest feelings! It makes us patient and devoted, and at times vengeful and raving as well. The facets of this one heartfelt emotion are many and felt differently depending by all. Confessing to this simple yet complicated emotion is not as simple as we might think. It takes courage, confidence and a touch of righteousness. Above are such examples about those who dared to take a leap of faith. Which Bollywood confession made your heart melt? Do leave your feelings in the not so emotional comment box below.