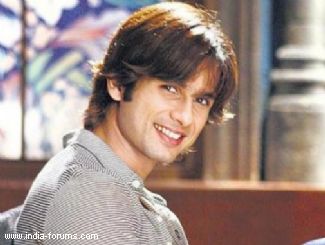 Actor Shahid Kapoor, last seen in romantic drama "Mausam", is looking forward to doing an out-and-out masala entertainer. However, he believes filmmakers need to find their own new ways of entertaining the audience rather than trying to copy the older generation.

"The newer generation should not try and ape anybody else. I don't think that's a formula to success, that's what I feel for our generation," the 30-year-old actor said here at an event.

"I think it's important to find your own space. We have to discover how is our generation going to provide masala entertainment and that is on the agenda. Hopefully we'll find solutions to it," he added.

Shahid will be seen in Kunal Kohli's next, which is said to be tentatively titled "Teri Meri Kahaani". He will feature in the film with Priyanka Chopra.

Besides Kohli's film, for which Shahid wrapped up shoot Jan 8 in Aurangabad, the actor admits to being currently "unemployed".

Sara Ali Khan heads to Mumbai as she receives summon from ...
45 minutes ago

Bigg Boss 14: First look of the shopping mall, theatre and ...
54 minutes ago