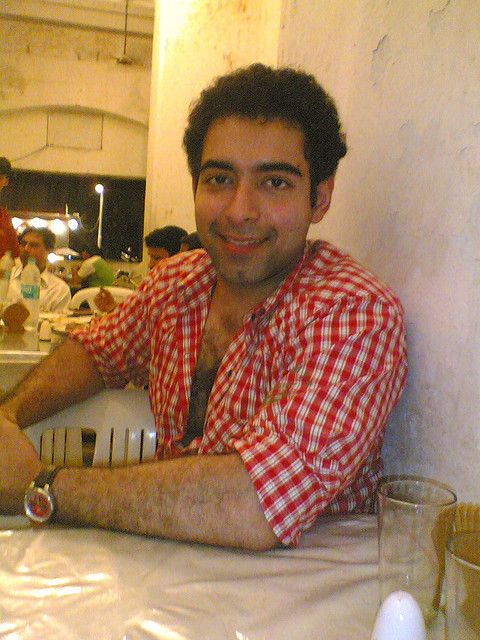 Talented actor Vivek Madan who has been appreciated by the audience for his acting skills not only on TV but also in the Film Talaash was last seen in the popular show Parvarish - Kuch Khatti Kuchh Meethi on Sony TV as the character of Lovely Singh. He is now excited about his character in the upcoming show Beintehaa on Colors.

Here he talks to TellyBuzz as to what made him to take up this role and much more...

Telling us about his role in the show Beintehaan, Vivek says, "The contract was signed yesterday with the production house. So now it's official. The character is of the main lead's elder brother called Fahaad. It's a Muslim family set up and Fahaad is caught in the crossfire between his two wives. While one of his wive's is hoity toity the other one is rustic."

Adding more to it he says, "Also there is a strong dominant mother too, played by Suchitra Pillai. So Fahaad's character gets trapped from all sides and he is persistently trying to escape all these unreasonable demands that his wives make and their complaints all the time! There will also be a light-hearted humor added to the track."

When quizzed him about what made him to take up this role, this is what Vivek had to say,"Well, starting out with any new project is exciting. New team, new character portrayal, better payment. (Laughs) I don't want to say that I loved the part so much that I got perky and all. In such an insecure line of work with any job where the pay is good and work is exciting these are enough reasons for taking up this role."

As per the news, Vivek was also supposed to be making his appearance in the television show Ek Muthi Aasman on Zee TV so what happened about it? Vivek sheds light on the issue and says, "I was signed for a full - fledged role in Ek Mutthi... but quite a few months have passed since I have signed all the legal documents for them but because there was no response from them I could not wait any longer."

TellyBuzz wishes Vivek all the very best for his role and may he keep on experimenting with his roles in future!

Bigg Boss 14: Teaser Promo of Nikki Tamboli is Out
32 minutes ago