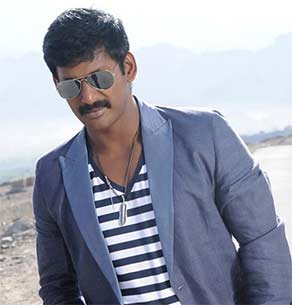 Several Tamil films of Vishal Krishna Reddy have been dubbed in Telugu over the years, but for the first time the actor has teamed up with director Hari Gopalakrishnan for his yet-to-be-titled Tamil-Telugu bilingual.

Vishal's films such as "Sandakozhi", "Thimiru" and "Pandiya Nadu" have been dubbed in Telugu in the past.

"After the success of 'Thaamirabharani', director Hari and Vishal have teamed up for the second time for the yet-untitled project for Tamil as well as Telugu audiences. This project will be produced by Vishal's home banner," read a statement from Vishal Film Factory.

"The project with Hari will go on floors soon after Vishal completes shooting for 'Naan Sigappu Manithan'," added the statement.

Yuvan Shankar Raja has been roped in to compose the tunes for the film.

Krishna Mukherjee to join Harsh Rajput in Balaji's next?