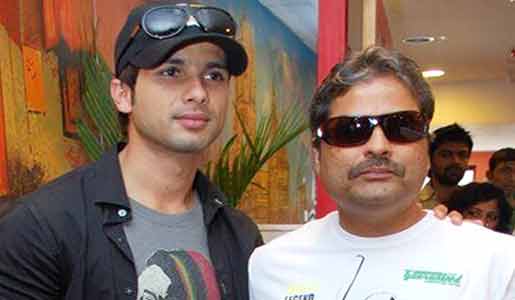 who has worked with the actor in "Kaminey" and now in "Haider".

"One works with all kinds of directors. When he (Bhardwaj) wrote the script of 'Haider', he called me and said 'You are very lucky. Whenever I cast you in any film, your role is written really well.' I guess, he is really lucky for me. I have never received this kind of response for myself," the 33-year-old said here Thursday at a college.

The actor's look in the trailer of "Haider" has aroused curiosity among critics and audience alike, and it is being touted to be the most refined performance by Shahid, who is the son of actor par excellence Pankaj Kapur.

Shahid was here along with co-star Shraddha Kapoor and Bhardwaj to promote "Haider" when he spoke about the magic that "Haider" seems to be already spinning for him.

"It happened with 'Kaminey' (in 2009). People reacted to the look and the vibe. Nothing happened for four years and now after five years, it is happening again. A lot of my career is thanks to him (Bhardwaj)," he added.

Meanwhile, even as Shahid was scared to go bald for the film, that too for just one day of shoot, he says he did it because he was passionate about the film.

"It's the most difficult role I have done in my career, I would say. It's definitely a very intense character. I went bald for just one day of shooting.

"But this is that kind of film which you do from your heart and for your heart, and there are others which you do for box office numbers. It was about passion and required me to take my hair off and I went for it," he said.

"Haider" is an adaptation of William Shakespeare's play "Hamlet" and hits theatres Oct 2.