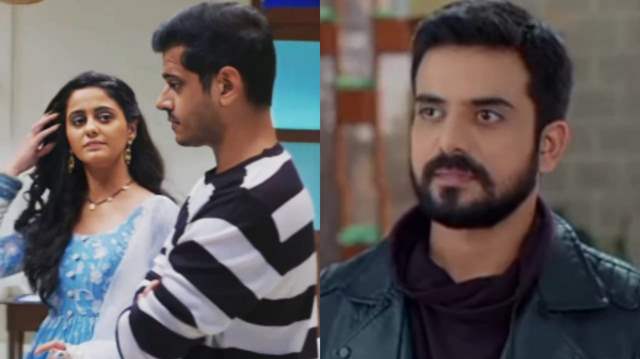 Star Plus show ‘Ghum Hai Kisikey Pyaar Meiin’ is gearing up for major twist and drama. The current track of the show revolves around changed dynamics of relationship between Pakhi, Samrat, Virat and Sai. Virat’s health is deteriorating while he is mighty upset with Sai for always labelling their relationship as a deal.

In the upcoming episode, the family try to convince Samrat to stay back and don’t give divorce to Pakhi. After a lot of discussion, Samrat states that he will stay back until everything gets sorted as Mansi made him realize that he shouldn’t have ran away from the situation, rather would have faced it. The family members ask him to rethink about his decision. He states that He spoke to Pakhi and she doesn’t want to stay in the marriage. Bhavani says that she’ll speak to her. Samrat clearly tells everyone in the house to not convince Pakhi to stay in the marriage or else he will immediately leave the house and never return.

Sai takes care of an ailing Virat. She feeds him food but Virat gets extremely angry and pushes her away. The food fell on the ground. Virat tells her that he doesn’t require her care and affection. Virat leaves, Sai gets disheartened and burst out in tears. She feels that her life will be incomplete if Virat takes the transfer. She thinks that she’ll miss him a lot. She talks to herself and states that she always knew something like this will happen but still she’s getting hurt. She decides to paste a smile on her face in front of the family.

Samrat finds out the pain that Sai is hiding. He tells her to think about her relationship with Virat and not label it as a responsibility or deal everytime. Sai thinks about it.

Furthermore, Pakhi holds Virat’s hand and asks him to comeback in her life while Virat states that he love Sai. Sai happen to see them both in the café.

1 months ago Sure. That's the way it should be done. Confuse an already confused person even further. The wife is insecure. And instead of reassuring her, he goes all angry young man on her? No! That's not how u instil confidence.

1 months ago Thanks for tagging the right person Ayesha Singh ,the lead of the show instead of parallel lead who became negative by now. By the way Mind blowing performance by Ayesha Singh in today’s episode brought tears in my eyes. Good going girl. You breathe life into Sai Joshi.