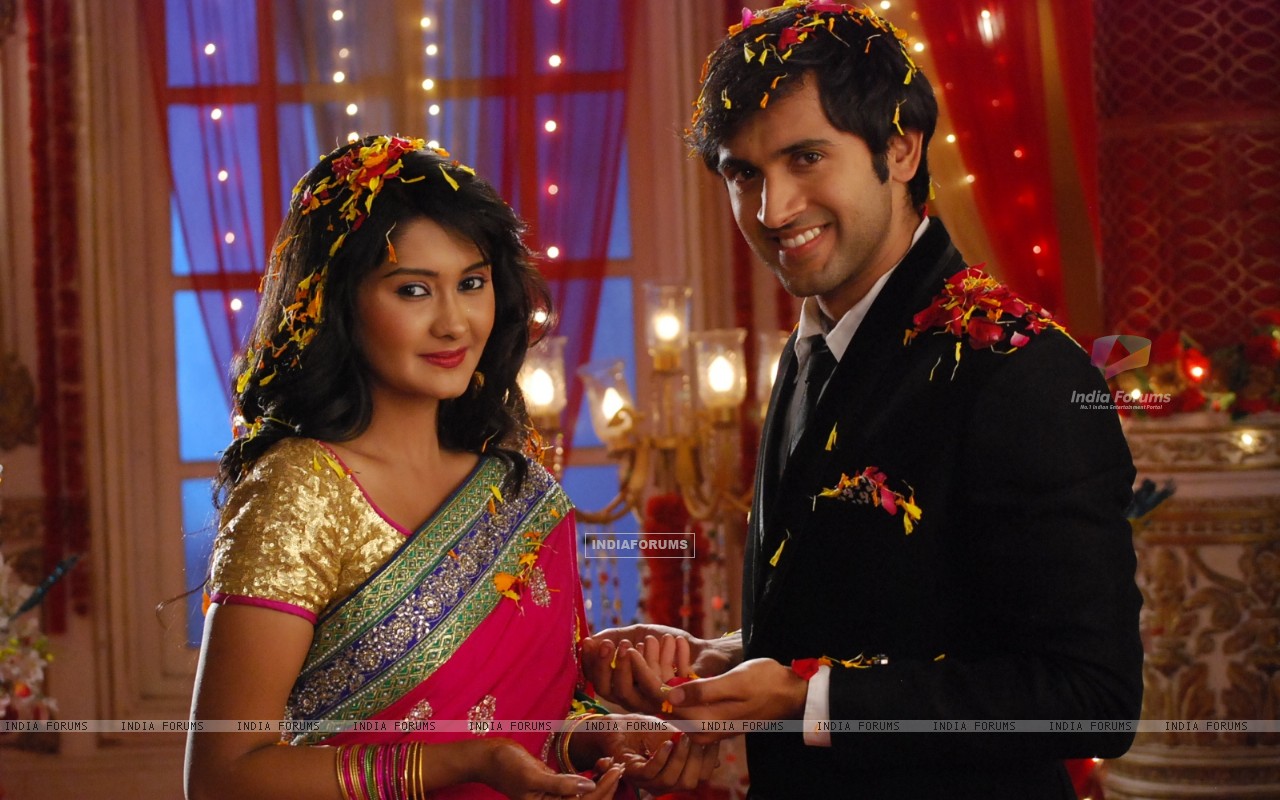 Director's Kut Productions' popular show Aur Pyaar Ho Gaya on Zee TV is grabbing the eyeballs of masses with its dramatic storyline. The upcoming episode will be more interesting as Virat (Bharat Chawda) will escape from the jail and reach at Khandelwal house to create some troubles in their lives.

In the ongoing episodes the viewers have seen that Virat is arrested for Abhaas' (Parichay Sharma) murder whereas Raj (Mishkat Varma) and Avni (Kanchi Singh) have left their places because of their family differences.

In the forthcoming episodes, the differences between the families will be resolved and they will accept Raj and Avni's alliance. Along with this there will be a baby shower ceremony organized for Arpita (Nikita Agarwal).

A major twist is awaiting here for the viewers. Read to know more about the twist -

Our source informs us, "Raj and Avni's family will be celebrating Arpita's baby shower ceremony together where Avni will dream about Raj being attacked by the goons. She will be seen worried for Raj's safety. On the other side Virat's lawyer will come to meet him in the jail where he will be released from the jail and in the meantime he will lock the cops in a car and shoots Avni."

Adding further our source says, "It will so happen that Virat will reach at the function and try to shoot Raj. Fortunately the bullet will just pass through his locket but again he will make an attempt to shoot him but this time Avni comes in between and the bullet hits her."

Quite an interesting track!

All the best for future project ...

Hope to C U soon as a lead pair in new project..

+ 5
6 years ago The show APHG was such a good show. But Rajan sir cannot maintained it and see how the storyline is going up and down without no sense. Good its ending.

6 years ago OMG!! please dont kill AVNI!! What the hell!! Why cant Virat get a punishment to be hanged for multiple murders..

never mind as the show is ending.. I wish Best of luck to complete APHG team and especially to Kanchi Singh and Mishkat Varma!