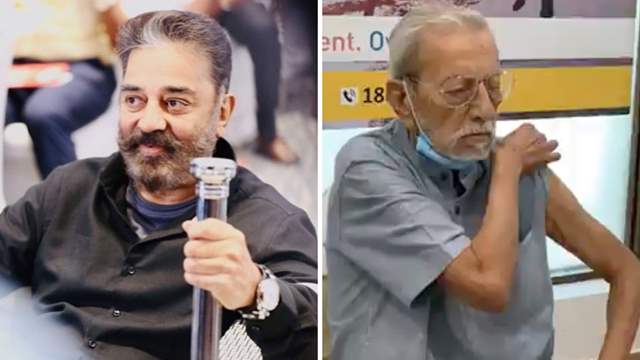 As per reports released by the Department of Public Health and Preventative Medicine, more than two lakh beneficiaries received COVID vaccinations in Tamil Nadu. A report also stated that about 25,000 doses of vaccinations were wasted due to low people turnout.

A video has been circulating on social media wherein Kamal Haasan’s brother Charu Haasan was seen getting the COVID-19 vaccine. Have a look:

Charu Haasan is the eldest brother of Kamal Haasan and has also won the National Award for Best Actor for the 1987 Kannada film Tabarana Kathe. After a long break, he made a comeback on screen with the film Dha Dha 87 directed and produced by Vijay Shri G, opposite Saroja the grandmother of Keerthy Suresh.