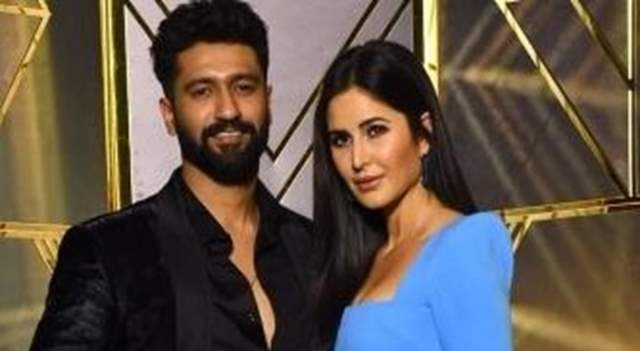 Earlier on Monday morning, reports were going around that Katrina Kaif and Vicky Kaushal received a threat and the couple has also filed a police complaint at Santacruz police station. The couple filed a complaint against an unidentified person for stalking Katrina and giving her death threats.

Now according to the latest update, the Mumbai Police have arrested a man for allegedly sending death threats to Katrina Kaif and Vicky Kaushal.

Also, a report from the ETimes stated that, "The rumours spreading are overblown. The situation is not as terrible as it is being claimed to be. This is a stalker who has been bothering her for a very long time and occasionally shows up without warning. A complaint has been filed, and the relevant information has been reported to the authorities."

The actress also has 'Tiger 3' with Salman Khan, 'Phone Bhoot' with Ishaan Khatter and Siddhant Chaturvedi, and 'Jee Le Zara' with Alia Bhatt and Priyanka Chopra.

On the other hand, Vicky Kaushal has 'Sam Bahadur', 'Govinda Naam Mera', and an untitled film with Sara Ali Khan.

+ 10
2 months ago Thank god coz it seemed scary the stalker.

+ 8
2 months ago this is so scary. if he was stalking her for some time, why did it take to long for her to report it to the police?