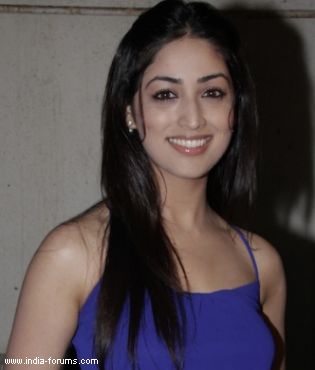 She moved from television to regional movies to Bollywood. Actress Yami Gautam, who debuted in Hindi films with the unconventional yet successful movie "Vicky Donor", says movies are not about language but about content.

"You can't tag me as a regional actress. Whatever I did was considering the content over the language," Yami told IANS.

"I started my career with television and whatever work I did was keeping the content as my top most priority. Same goes with the movies, I never grabbed any work! There were a lot of offers before 'Vicky Donor', but I wanted to wait for the right opportunity. Side by side I was doing ads and I'm fortunate that I worked in 'Vicky Donor'," she added.

The 25-year-old became a known name on the small screen after working in shows like "Chand Ke Paar Chalo" and "Yeh Pyar Na Hoga Kam". Before "Vicky Donor", Yami featured in Kannada film "Ullasa Utsaha", Telugu movie "Nuvvila" and "Ek Noor", which was made in Punjabi.

"The success of movie shows how Indian society is becoming open to the subject of sperm donation and does not consider it a taboo subject anymore," she said.

In "Vicky Donor", Yami plays a Bengali girl who falls in love with Vicky Arora, who donates sperm.

Though she is a part of showbiz, the actress, who is pursuing law from the Chandigarh University, says education is priceless.

"I think education never goes waste. Even if I don't become an IAS officer and right now it is not possible in anyway, I would still want to complete my law. My father has said, 'If you get a Filmfare Award, I would be happy but for me your degree and education is more important.' I never underestimated the importance of education," she said.