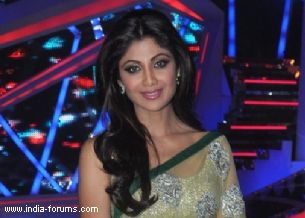 Actress Shilpa Shetty, who recently celebrated the fourth anniversary of her marriage with husband Raj Kundra, feels sad about leaving her son alone at home, and says he is a star.

Talking about the apple of her eye, the proud mother said: "He is a bigger star."

Shilpa, who started her career as a model at the age of 16, ventured into acting in 1993 with "Baazigar", opened up about her fairytale marriage on an episode of UTV Stars' show "Breakfast to Dinner".

"Everything about our love story is filmy," said the actress.

The episode will be aired Sunday.

Mirzapur star Divyenndu opens up about his Journey from ...
3 minutes ago