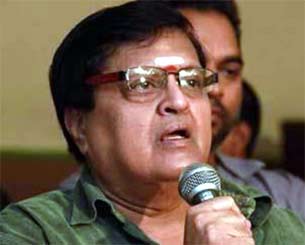 Renowned choreographer R. Raghuram passed away at his residence here Saturday, said a family source. He was 64.

"I received a call from his help that he had passed away around 1 p.m. at his residence. I'm not sure about the cause of the death," a family source told IANS.

Raghuram is survived by his wife and two daughters - Suja and Gayathri, who is also a popular actress-cum-choreographer.

Master of dance forms such as Kathakali and Bharatanatyam, Raghuram started learning dance from the age of five from gurus such as Gopinath, Vazhavur Ramaiah Pillai and Bolanath.

Over a career lasting five decades, he had choreographed over 1,000 songs in several languages such as Tamil, Malayalam, Kannada and Hindi.

Actress Khushbu Sundar and choreographer Kala are some of his disciples who have achieved success in the industry.

Raghuram was known for working with Tamil actors like Kamal Haasan, Rajinikanth and Sivakumar.

Some of the best songs he had choreographed are from films such as "Salangai Oli" and "Punnagai Mannan".

In 2012, the Tamil film industry came together to pay tribute to Raghuram for completing 50 years in the industry.

He made his cinematic debut in a popular role in Kamal Haasan's "Dasavatharam".