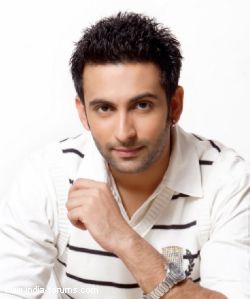 The news of Tapasya (Rashmi Desai) carrying the child of Veer (Nandish Sandhu) has spoiled the mind of Gunwanti (Beena Roy) in COLORS' Uttaran. Gunwanti is now hell bent on sending Ichcha (Tina Dutta) out of Veer's life so that she can bring back Tapasya as her bahu.

With an intention of persuading Veer, Gunwanti has an open conversation with him where she reveals that he is going to be a father.

Our source tells us, "Veer is shocked to hear that Tapasya is carrying his child. He refuses to believe this and tells his mother that the news cannot be true as he had no such closeness with Tapasya. He also promises that he would get to the truth of this fake story told by Tapasya. On the other hand, Tapasya refuses to come back to the Bundela house and she has an unexplained reason for it".

We tried calling Nandish Sandhu but he remained unavailable.

Let's wait to watch how Veer deals with this problem now..

Yuvika_15 9 years ago hpe veer manages 2 convince icha n the others tht taps is jus playin a game 2 gt bk with him!!!!!

big_vikrant_fan 9 years ago agree with @aditi......veer is one consistent character. gunwanti is like a chameleon, changing colours all the time.

Ruhhee 9 years ago When is Tapu going to learn her lesson...Meee too luv Veer character n lurv Ichaa toooo i think more focus shud be given to the ichaa character that Tapu....i am not a great fan of Rashmi....find her too childish....i prefer Tina but she is always sidelined in the show......i dont watch the show anymore...use to watch it only cause of Veer n Ichaa character but now its too much....cant take it anymore...time to bid adieu to the show as it keep repeating the story line....

adoremevirgo 9 years ago veer is one consistent character and i love him for that...he is the one who has never at any time believed tapasya....only he can see thru the evil nature of taps....

and this gunwanti is a worst portrayal of a mom...for her ego is everything...even son's happiness doesnt matter to her...

cjs369 9 years ago Veer... you seem to be the only sensible n intelligent person there who can see thru this taps fake stories.. great... looking forward to u telling her on her face that u dont believe her...lolzz

alina_lale 9 years ago veer is a cleaver boy

anna44 9 years ago Gunwati needs a tight slap from her hubby...This woman is hll bent on ruining her son's happiness

LimitLessFan 9 years ago Gunwanti needs a psychic treatment , and taps need to send to africa and this show need to be sacked