COLORS' Uttaran, produced by Film Farm India will open up a brand new track with Veer (Nandish Sandhu) getting involved in an accident in which Sachi (Harsha Khandeparkar) is badly injured. 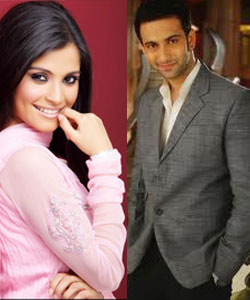 History repeats itself in Uttaran, and just like Jogi Thakur (Ayub Khan) accidentally killed Ichcha's (Tina Dutta) father in a road accident, Veer also gets into a spot of bother, thro' an accident.

Our source states, "Veer and Ichcha are driving back home in the wee hours of the night, when Veer loses concentration for a split second and he hits a girl who is crossing the road. The girl is badly injured and is in a pool of blood; he is completely taken aback when Veer notices that the person is none other than Sachi".

With the last few episodes focussing on the closeness between Satyaveer (Sharad Kelkar) and Sachi to the point that the brother is over possessive of his sister as she is his life, it will be interesting to see how Satyaveer reacts when he gets to know that his friend Veer is the culprit.

We hear that a special promo has been shot to throw light on such a track coming ahead.. The accident sequence will be aired this coming Monday.

When contacted, Sharad Kelkar though remained clueless about this development. "I have not shot for Uttaran for past few days. So I really do not have any idea. I will check with the creative team, now that you have given me this hint (smiles)".

If sources are to be believed, Sachi might not die in the accident, but she will have some major injuries and health issues that will be a matter of concern for Satyaveer and of course, for Veer too!!

9 years ago Sharad, plzzz let go of Uttaran, it's just a waste of ur time & talent. Hope we get to c u in a more powerful lead role in a good show or even better, BP-2 with Supriya as ur co-star, soon.

10 years ago all the best for ur upcoming awards Sharad...nd awesome performance in Uttran...but really wanna see u in BP2...!!!

10 years ago What a rotten and boring show. It drags so much and can't believe Sharad is being wasted on this show. We want Sharad back with Supriya Kumari in BP2...

10 years ago There is no involvement tapasya I dont like boring fore.

10 years ago BORING, please colors do us all a favour and get this show off air now. SERIOUSLY it is doing my head in!!!!!!!!!

sidd27 10 years ago u guys are bashing all these tracks but everyone watches uttaran. So stop bashing it. I think she's goin to go blind because its shown she is scared of darkness . I agree wid nirma