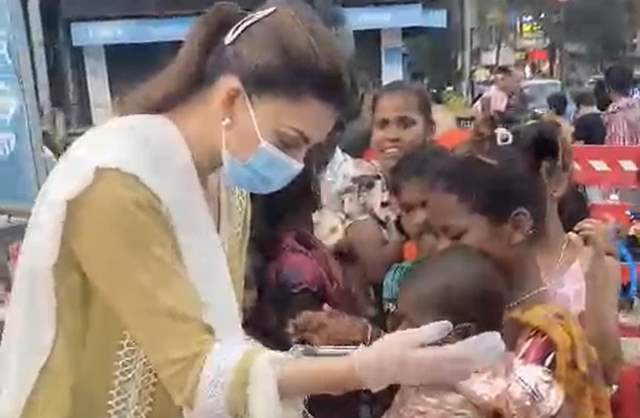 On the Last days of Navratri, several Hindu households conduct Kanjak or Kanya Pooja, where nine girls who have not yet attained puberty are welcomed and offered a variety of delicacies The ritual is followed across India, but is highly popular in regions like Delhi, Punjab, Haryana, Uttrakhand, Uttar Pradesh,Madhya Pradesh and Bihar.

Enjoying the Pooja in her own philanthropic way, Rautela took to the streets and distributed hygienically packed food boxes while mindfully wearing a facemask and gloves.