Empathy, understanding and selflessness have been some of the integral traits of leading characters in various Bollywood movies. But hey, that's not always the case. There have been many instances where the movie is made of such characters who do not care about the effects that their thinking and decisions can put on the characters surrounding them. And the beauty of these characters is that they are not negative characters who deliberately wish to harm the lives of others, but they act as they do because of how their life had shaped them or because of their misplaced pride. Above all, most of the top-most leading actors and actresses are always ready to experiment with such roles as they provide them an opportunity to experiment with a variety of emotions. Keeping the relationship theme in mind, BollyCurry brings you some of the famous unfeeling characters of Bollywood portrayed brilliantly by some powerhouse actors. 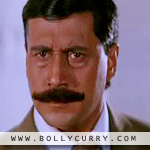 He was a man who lead a robotic life under strict rules and forced those rules on his younger siblings with an iron fist discipline. The hardships of life made him forget all about the basic things like love and laughter as he used up all his energy to gain materialistic happiness from money. It all sprouted from a tragic event of his mother leaving her husband and young children to be with a richer man. This prompted him to making money as the only goal of life, thinking that money equivalents to happiness. But it turned out to be an error in judgement from his part because his only younger brother chose to turn his back to the mounds of his brother's wealth and live a simple yet happy life while his sister was left to endure the torture of her rich but brutal husband. 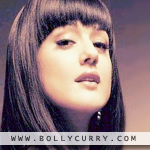 A spoiled brat who has never been denied anything in her life by her rich daddy sets her cap on a young principled doctor. She goes to immeasurable lengths to make sure that he marries her and does not, in any case, stray. Her selfishness leads to the death of a patient when she, owing to her own unwarranted insecurity, does not let her husband take an emergency call. Out of self-inflicted fear, she thought that he would leave her and go back to his old flame. Always having everything she desired for made her into someone who strangled the happiness out of her martial life with her own two hands.
Amitabh Bachchan In Mohabbatein 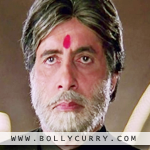 Parampara, Pratishtha, Anushasan. A staunch supporter of these three pillars in his life, the principle of Gurukul, a fictitious elite boarding school, sacrifices the life of his own daughter over them. The rules which couldn't overlook the simple act of her daughter falling in love with someone. Despite going through such tragedy, he refuses to chance and continues to staunchly teach these rules to the younger generation, as important tools to shape their life. His pride doesn't allow him to reflect upon his actions and his losses; so much so that in the end, he is nearly left all alone in the world with no one to care for him genuinely.
Shahid Kapoor In Badmaash Company 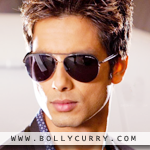 Ambition is a good thing, a lot of ambition is also not bad, but the ambition that transcends all relationships, makes you egoistic and ends up butchering the friendship which made life worthwhile in the first place, isn't something anyone should opt for. Story of a young lad with eyes full of dreams and a sharp brain, this tale narrates the downside of success attained at the cost of love of your near dear ones. It is practical to keep yourself before others, but to trample over them in your bid to climb up can leave your conscience burdened, and the loneliness to eat away any shot of happiness that one might have.
Ranbir Kapoor In Yeh Jawaani Hai Deewani 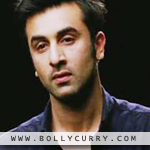 Ranbir's unfeeling character in this film was much more subtle than the same kind of characters in other films, a testament to evolving Indian Cinema. He showed us a glimpse of our heart, where we put our ambitions and lifelong goals on the top of the priority list and choose to turn a blind side to our family who might be wanting us to not leave them. He was so busy chasing his dreams that he forgot to stop and look back at all that he left behind. A loving father who allowed him to do all he wished and his friends, with whom he shared the joyous of times. This desire to achieve his dreams didn't even allow him to heed to the wishes of the changed heart and make new dreams, alongside people who actually mattered.
One might say that movies dramatize the trait of unfeeling-ness in people, but if we keep an honest hand over our heart we will find that at some point or the other in our own life, knowingly or unknowingly, we all have been unfeeling towards someone we truly love and did not even stop to think over it. These silver screen characters are a lesson to us, to just stop in this complicated fast paced life, to breathe, look around and make sure that we haven't left the ones we love behind us just because we are too prideful, too opinionated or simply too self centered. With that as a food for thought, here's BollyCurry signing off, until next time.