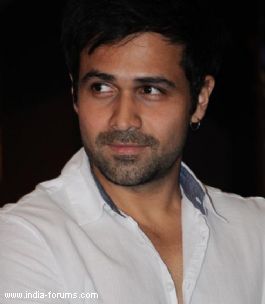 Most of Emraan Hashmi's films have received an 'A' certificate, making his movies fit only for adults' viewing. However, some of his recent films, including the upcoming "Ek Thi Daayan", got a U/A certification, and the actor feels it is a "welcome change".

"Probably, this ('Ek Thi Daayan') is my second or third film with U/A certificate, but it's a welcome change," Emraan said here Sunday while promoting "Ek Thi Daayan".

"As it is said that with U/A certificate, the audience increases by 15 to 20 percent. It's great to somewhere capitalise through the content of this film, so that a larger audience embraces this film," added the 34-year-old, who was tagged as Bollywood's 'serial kisser' after locking lips with different actresses in various films.

He hopes "Ek Thi Daayan" is also lapped up by the audience.

He said "Ek Thi Daayan" takes the supernatural and horror element into a new terrain.

"'Ek Thi Daayan' is unlike that you have seen. There is no benchmark as such. I have done 'Raaz 3' last year (2012), and I think 'Ek Thi Daayan' takes that further into a completely new terrain. I think it's a nice film," he added.

This is Emraan's third collaboration with Balaji Motion Pictures, and the actor admits he has developed a very fruitful relationship with the banner. His past films with the Ekta Kapoor banner include "Once Upon A Time In Mumbaai" and "The Dirty Picture".

While in "Once Upon A Time In Mumbaai", Emraan played gangster Shoaib Khan, in "The Dirty Picture" he was seen as the high-on-attitude director Abrahim. The actor got a lot of critical appreciation for his roles in both the films.

Emraan admits "these risks have readily paid off".

"It's great. It has been a very fruitful relationship through these two films that we have done. They have been great in content, people have loved them. They have been again very risky kind of films because one is of gangster genre, 'The Dirty Picture' again is of completely different zone and now 'Ek Thi Daayan'..." he added.