View Profile
It seems that a recent 'cat fight' has erupted over a make-up man. Katrina Kaif's make-up man, Subash, has worked with the actress for a long time now. Now, with A 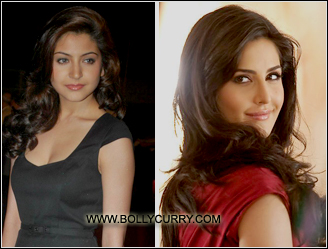 nushka Sharma catching up to Kat's success, Subash has also been with working with her, albeit for a short period of time.
At first, when Subash informed Kat that he needed to be away for a shoot in London with Anushka, the actress had no complaints. In fact, he had informed her 15 days in advance so that there would be no objection at the last moment. Turns out, problems did arise when Kat was informed about a last minute patch-up shoot for Yash Raj's Mere Brother Ki Dulhan.
And when does this all come about? Right as the make-up artist was about to make his way to London!
Sources were heard to say that Kat became insistent and wouldn't let the make-up man go. Subash, in turn, refused to stay back as his visa tickets for London were all ready and waiting. But with her (in)famous stubborn streak, Kat wouldn't relent. She immediately called higher authorities to take action and claimed that she won't shoot if her make-up man leaves. Poor Subash had to stay back after Aditya Chopra made a call to Anushka, requesting her to not take him with her.
With Kat happy with her make-up man staying behind and Anuskha leaving without him, things can't get any worse for Subash, can they? Well, turns out they can. Due to last minute changes, Kat's patch up shoot was cancelled and the London assignment was lost from his hands! Whoops!
However, Kat was recently heard saying that she incited no such threat on Subash nor to the patch-up shoot of Mere Brother Ki Dulhan.
Besides this rupture over the make-up man and with both teamed up together for a future Yash Chopra film, has Kat's stubbornness bought about another equal enemy in Anushka? Let us know!

Mandana Karimi and Radhika Apte come out in support of ...
53 minutes ago