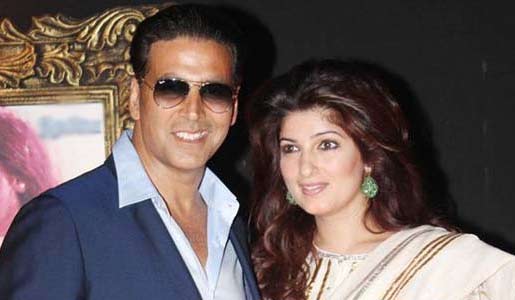 'Khiladi' Akshay Kumar is a proud hubby! While his wife Twinkle considers him the "man of the house", he makes no bones about calling her his "superwoman".

"She calls me man of the house in her column but she is my superwoman," Akshay tweeted Friday alongside a photograph featuring Twinkle on the cover of a leading fashion magazine.

The couple got married in 2001, and they have two children together - son Aarav and daughter Nitara.

Twinkle, daughter of Dimple Kapadia and late Rajesh Khanna, was an actress and now she's a popular interior designer.