View Profile
Actor-producer Sohail Khan, who is a judge on the comedy show "Kahani Comedy Circus Ki", says after 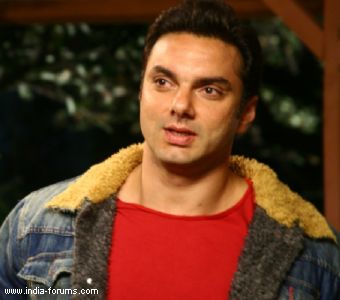 seeing television actors he has realised how spoilt film actors are.

"I am really glad that I am doing TV, I have learnt a lot from it. All these artists are one-take artists. We (film actors) have been spoilt, we get a chance for a cut in our dance, dialogues every four seconds," the 41-year-old said here Tuesday at the auction of painter Nandita Desai's work.

"When I work with them, Sudesh lehri, Krushna Abhishek, Kapil Sharma (stand-up comedians), I really consider them to be genius. They get the script just half-an-hour prior to the shot and they perform lIVE," he added.

Some of Sohail's films have been delayed because of the show, but he has not regrets.

"Some of my films have been delayed as I came to TV... I am happy as I have learnt a lot in the six-eight months I have been associated with TV," said Sohail.

7 years ago I want to see more of Sohail Khan in movies & On TV!!

+ 2
8 years ago What an honest statement Sohail!!
Dont understand anything abt B town!! TV is much transparent,I think.

+ 4
8 years ago He skad right. TV actors rocks. They are more hard working than what any Movie actor is

8 years ago Just half an hour before the LIVE telecast...!!! OMG!!! They perform on these scripts for 10-15 min without forgetting the dialogues... Also they introduce some bits and pieces of physical comedy(specially Krishna-sudesh) in just half an hour...They are just brillliant!!!

+ 5
8 years ago stand up comedy and live shws may b very dif...bt normal daily soaps do giv u the opportunity 2 do retakes etc...so they arent tht dif 2 films

11 years ago Jaya and aish look so good in that simple saree... very graceful and elegant !!! !!