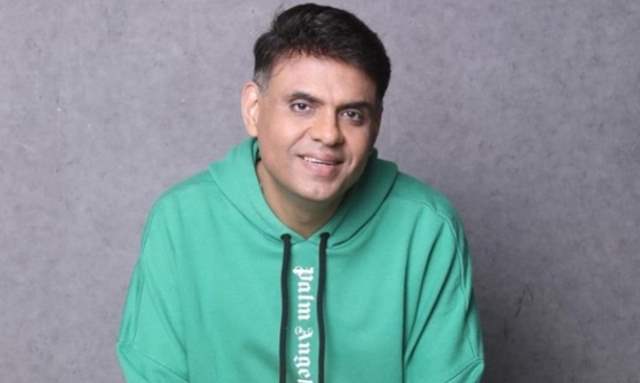 Director, producer and actor Sandiip Sikcand has over the years been instrumental for creating some unconventional and out of the box content for Indian television in the form of shows like Kahan Hum Kahan Tum, Dhai Kilo Prem,  Yeh Hai Mohabbatein and many more.

Having started off his journey in the industry with television shows, the medium is very close to Sandiip's heart, and he personally feels that since there are new mediums taking over the current generation, TV to keep its charm going strong really needs to compete strongly and create fresh content to suit the new age masses.

This world television day, speaking about the changes he would like to see on Indian television, Sandiip shares, "On World Television day all I would wish and hope for is a change! Change towards making more meaningful and contemporary shows. TV has been fabulous for making stars of people who come to Mumbai with a dream and achieve superstardom on the basis of their immense hard work and talent, but at the same time with content, we must realize that we have OTT platforms now to compete with and we have to go ahead of them. This can successfully happen only if we evolve and think of new ideas and concepts so that not just the housewives, but our youth, the biggest viewer base in our country, also looks at TV as an option for entertainment. Long live Indian Television."

Well, it has sure been a journey, isn't it?

Sandiip Sikcand talks about mental health and his experience during ...

Neonholic 10 days ago I wish other producers had the same vision like Sandiip then may we had not to bore these regional remakes in every channel nowadays.