You are here :
OVERVIEW ABOUT
3
FILMOGRAPHY
7
NEWS
2
PHOTOS DISCUSSION FANCLUB 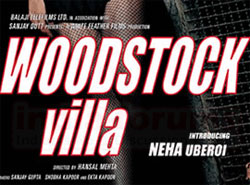 T-Series which holds a record of encouraging fresh talents in Bollywood is now set to give a launching pad to the star son Sikandar Kher, son of Anupam Kher and Kirron Kher with the movie, 'Woodstock Villa'.

The audio rights for the film have been procured by T-Series which stars the promising debutants, Sikandar and Neha Uberoi in lead roles. A White Feathers Films Pvt. Ltd project, this film is one of the eagerly awaited movies of the year and has music scored by Anu Malik.