View Profile
Sitting at home, bored, with nothing to do? Well, we have the perfect thing for you to spend your vacations. With a couple of movies lined up to be released in the coming months, we bring to you an insight of the Top 9 most awaited movies in B-Town.


1. Lafangey Parindey
Starring: Neil Nitin Mukesh & Deepika Padukone
Releasing date: 20th Aug. '10
Genre: Action
Review: Lafangey Parindey is about a bike gang compromising of youngsters who reside in the backstreets of Mumbai. It promises to be an unusual love story based on the foundations of friendship and hope, along with a lot of 'tapori' language to get accustomed to wherein Neil Nitin Mukesh plays the character of a fighter and Deepika is a blind dancer.  Possibly a new hot jodi for the big screen?


2. Aashayein
Starring: John Abraham & Sonal Sehgal
Releasing date: 27th Aug. '10
Genre: Drama
Review: The story is about a compulsive gambler who wins Rs. 20 million from a bet, and the life there after. John plays an angry, drop-dead gorgeous, confused, compulsive gambler who wishes to live the life he has been dreaming of; whilst TV's Sonal Sehgal steps into the role of his loyal, loving girlfriend.


3. Hello Darling
Starring: Javed Jaffrey, Celina Jaitley, Gul Panag, Eesha Koppikhar
Releasing date: 27th Aug. '10
Genre: Comedy
Review: Giving competition to Aashayein is this contemporary comedy of three girls working in a posh office of Mumbai, each belonging to a different stratum of society. It revolves around the friendship that bonds them together and situations they seem to land themselves into.


4. We are Family
Starring: Kajol, Arjun Rampal & Kareena Kapoor
Releasing date: 3rd Sept. '10
Genre: Romance/Drama
Review: The Kajol-Kareena comeback after K3G involves the story of a mother of 3 kids, whose husband seems to have a new girl in his life. When an incident changes their lives drastically - bringing the two women to live under the same roof - they find themselves putting to test an unusual situation and coming out of it, for better or for worse.  Being the remake of Stepmom and starring Kajol, we have high hopes for this movie!


5. Dabangg
Starring: Salman Khan & Sonakshi Sinha
Releasing date: 10th Sept. '10
Genre: Action
Review: Dabangg is a hard-hitting, entertaining, emotional narrative that unfolds in the region that has a place only for the fearless. With Salman playing a corrupt police officer, a far cry from his role in Garv; and newcomer Sonakshi Sinha, we have much to look forward to in the film.  The promos are already out and the music is currently makinmg waves.  Here's hoping that this'll be a better outing for Salman than Veer.


6. Anjaana Anjaani
Starring: Priyanka Chopra & Ranbir Kapoor
Releasing date: 24th Sept. '10
Genre: Romance
Review: The movie is about coincidental meetings, when two strangers, both fed up with their unsuccessful attempts to reach milestones in their careers and love, decide to commit suicide by jumping off the bridge. However, fate holds another story for them as both end up at the same bridge at the same time.  What happens next ... well, you'll have to catch the movie for that!


7. Kajraare
Starring: Himesh Reshammiya & Mona Laizza
Releasing date: September 2010
Genre: Romance
Review: Reshammiya is back to croon in this typical 'love at first sight' story; with a very atypical combination of a lawyer who falls in love with a prostitute. The film centralizes on true love, its essence and how to find it.


8. Raftaar 24x7
Cast: Emraan Hashmi, Neha Dhupia
Releasing date: September, 2010
Genre: Romance/Action
Review: This movie details the life of an acclaimed news reporter whose personal life and political television talk show are at the pinnacle of success.  Due to his popularity, he lands up with a new project where his next assignment offered by a dynamic media tycoon plunges him into a vortex of violence in a deadly game of cat and mouse.


9. Aakrosh
Starring: Ajay Devgan, Akshay Khanna, Bipasha Basu
Releasing date: 1st Oct. '10
Genre: Action/Thriller
Review: This might come as a surprise package for the combination of a great star cast, direction by Priyadarshan and the story revolving around honour killings in the state of Bihar. This movie certainly holds all the elements of being a success at the box office!


Also keep an eye out for the movies slated to release later in the year such as And Once Again, Kis Hudh Tak, Antardwand, Life Express, Madholala-Keep Walking, DON 2, Soch Lo.


So having read all that, which one are YOU going to look forward to? 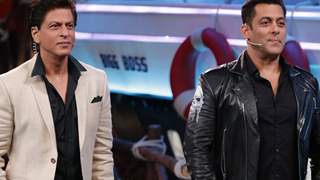