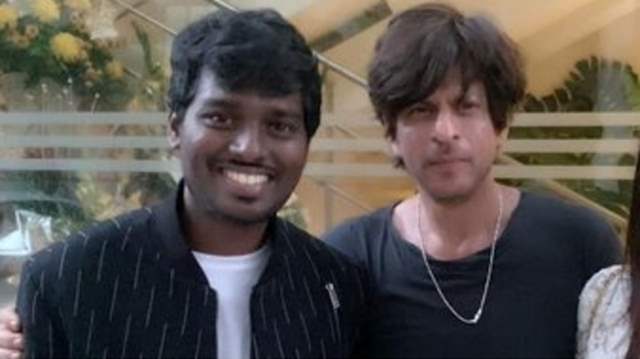 After a four-year sabbatical, Shah Rukh Khan is ready to return to the big screen. The celebrity has a slew of intriguing flicks lined up for him. His admirers, on the other hand, are very enthusiastic about his upcoming untitled film with South director Atlee.

For the first time, Shah Rukh will share the screen with South's woman superstar Nayanthara in the film. Sanya Malhotra will also play a pivotal role in the film. According to a recent news report, the filmmakers want to reveal the film's title in June. The title will be revealed between the first and second weeks of June. King Khan will resume and finish filming on the project in one continuous schedule before beginning work on Rajkumar Hirani's Dunki, stated a report from Bollywood life.

Earlier reports said that SRK was unsatisfied with certain aspects of Atlee's screenplay and wanted them changed. However, it was all handled amicably, with Atlee gladly incorporating King Khan's suggestions. In fact, Atlee was said to be grateful for the advice he received from such a legend. The rewritten script is said to be considerably different from the original one that Atlee presented to SRK.

Apart from this SRK will next be seen in the film Pathaan. The film also stars Deepika Padukone and John Abraham in pivotal roles. A few weeks ago, the team had gone to Spain for filmimg its first schedule and pictures of Deepika and Shah Rukh with their fans made rounds on social media.

The introduction clip for Pathaan which was recently released showed Deepika Padukone and John Abraham in their splendour, but the audience only got to see a silhouette of Shah Rukh Khan and hear his voice.

+ 4
2 months ago What atlee and shah rukh in one