Mumbai, Sep 11 (IANS) From growing up in hilly forests to starring in the acclaimed film 'Tingya' to topping at one of Maharashtra's best educational institutes, 11-year-old National Award winning actor Sharad Goyekar's has been a life-changing journey.

Sharad's transformation from a rustic lad who was born and brought up in Rajuri village, around 100 km from Pune, is like a fairytale.

Hailing from a nomadic gypsy tribe, the Goyekar family lives in a hamlet of around 30-35 shanties, nearly four kilometres from Rajuri, along with their three horses, around 150 goats and sheep and a few hens.

'The place is infested with leopards, snakes, scorpions and other wild creatures. Sharad grew in their midst, grazing the flock in thick forests,' said Mangesh Hadawale, the proud director of the film.

'Tingya', for which Sharad won the National Award for best child actor this week, is a semi-autobiographical film penned by 29-year-old Hadawale who ventured into direction with the multiple award-winning movie.

Released in 2007, 'Tingya' is the story of a seven-year-old boy who unsuccessfully tries to save his injured and handicapped bull from the butcher's knife to pay off the family's debts. After the bull is slaughtered to save the family, a cow gives birth to a female calf; Tingya treats him as a bull and life goes on...

'In fact, when his name was sounded for the first major award in Pune two years ago, we had to send two people to the jungles to search for him. After many hours, they found him grazing his flock. With great difficulty, we convinced him to go on stage to receive the award,' Hadawale told IANS.

A leading academic family of Pune that was present at the function was so moved by Sharad's life story that it immediately offered to 'adopt' him and provide him with a good life.

Prakash and Priya Patil, who run the reputed Sinhagad group of educational institutions in and around Pune, finally managed to convince Sharad's shocked parents - Yeshwant and Yamuna - to 'loan' their younger son to them.

'Initially, Sharad was defiant and tried to run away to his parents. He had lived freely in the forests with animals and a handful of friends, moving from place to place. So, this city life was a different world for the simple boy,' Priya Patil told IANS.

Gradually, with a lot of love, patience and counselling, they made him stay there, but he preferred to watch television all day, a gadget he had never seen before.

Worried about his future, the Patils, whose son Rohit, 25, studies engineering in the US, decided to admit Sharad to a leading residential public school near Pune.

It was the Sinhagad Springdale Residential Public School at Wadgaon-Budruk, on the outskirts of the city, offering a CBSE syllabus in English medium.

Until then, Sharad had barely completed primary education in a rural Marathi school which he bunked five days each week to play in the forests with his animals.

'We had watched the movie 'Tingya' and when I met the child, I felt he had a great potential. So, for the first time, we admitted a Marathi-medium student in the Class 5, CBSE English medium,' said the school principal Sunny Mathew.

Not willing to stake its reputation, the school management deployed an army of teachers, counsellors and experts to help Sharad pick up and progress.

'He did remarkably well, given his background. For a child who didn't know the English alphabet, he ended up scoring 70 percent in Class 5, this year (in Class 6), he topped the school in Sanskrit which he has taken as an optional subject. I am truly proud of this boy,' beamed Mathew.

Both Priya Patil and Mathew said Sharad has adjusted extremely well to the rigours of urban life and the boarding school where students from a higher strata of society study - the minimum annual fee is Rs.125,000 per student.

'In fact, Sharad is considered an idol among the students, and he now converses in reasonably good English with everybody. We made it compulsory for all to communicate with him only in English,' Mathew said.

Even though the child's future is secure, his parents continue their simple, nomadic existence outside Rajuri village.

'We have been promised a piece of land to build a permanent home and settle down here by the village authorities, but it has still not come,' said Yeshwant Goyekar, Sharad's father, sitting outside his shanty made of rags and covered with plastic to protect it from the ongoing monsoon.

The only modern technology he uses is the mobile phone, which Hadawale said is more common than proper roads or toilets in the remote parts of the state.

Hadawale said it was sad that despite Sharad bagging the National Award and so many other honours for his performance, the state government had not taken any note of him - unlike the Mumbai slum children who acted in the Oscar-winning movie, 'Slumdog Millionaire.'

However, Priya Patil said she and her family would strive to provide Tingya - that's how everybody calls Sharad now - with a good life, the best of education and a promising future.

(Quaid Najmi can be contacted at [email protected]) 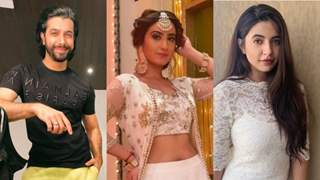 Sharad Malhotra, Alisha Panwar, Meera Deosthale and others share their ... 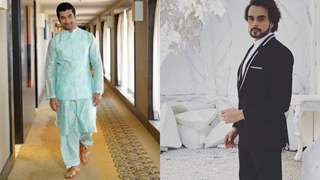 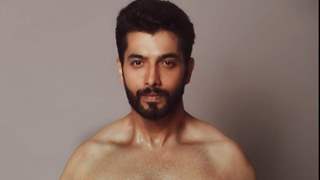 Sharad Malhotra opens up on testing positive for Covid 19 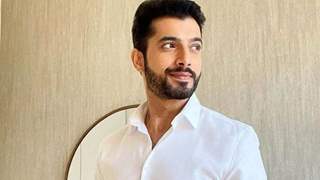 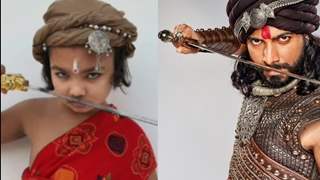