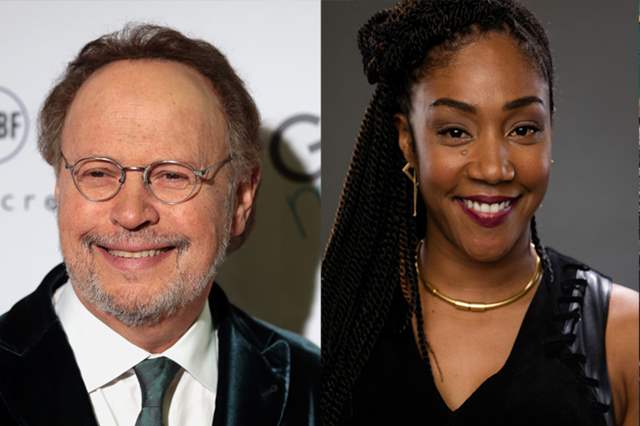 Actor and director Billy Crystal will be directing actress Tiffany Haddish in the upcoming comedy movie, Here Today. According to a report in The Hollywood Reporter, Astute Films is behind the feature that follows veteran comedy writer Charlie Berns (Crystal), who, while slowly but surely losing his grip on reality befriends a talented young New York street singer Emma Paige (Haddish). Together, they form an unlikely —  yet hilarious and touching — friendship that kicks the generation gap aside and redefines the meaning of love and trust.

Crystal co-wrote the screenplay with Saturday Night Live alum and Emmy-award winner Alan Zweibel, based on the latter's short story The Prize.

Said Crystal, "To write this with Alan was a joy, and to have Tiffany as my co-star is fantastic. The generational differences in our comedy will be great to play with. She’s explosively funny and genuinely human at the same time. Excited to explore all our possibilities together."

"Billy and Tiffany share an incredible ability to bring warmth and intelligence to their humor," said Astute Films president Fred Bernstein. "Astute is thrilled to bring such iconic comedic talents together onto one screen. Their timeless humor will bring genuine laughter to a film that will resonate with audiences worldwide, and bridge the gaps among all age groups."

Rhea Made Financial and Professional Decisions on Sushant’s ...
11 minutes ago

Thor actor Chris Hemsworth says, “I love the place and the ...
13 minutes ago

Sherrin Varghese marks his comeback with Aneri Vajani & ...
53 minutes ago