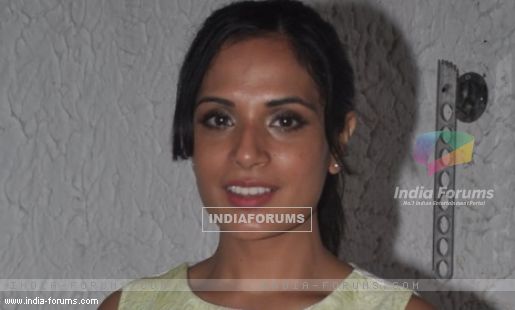 Actress Richa Chadda, who stars in the play "Trivial Disasters", says performing in front of a live audience is a tough and challenging job.

At a press conference here Wednesday, Richa spoke about working on the play, and said: "I have done some stage (shows) before, mostly like extra parts and only one or two lead parts, that too five years back. It's a tough job, it's live feedback.

"If people don't like you, it's difficult to concentrate if people are not laughing at your jokes. You have to do the whole script in one go. If one person misses his cue, everyone can, it's like a domino effect. So it's more challenging for sure."

On the Bollywood front, Richa will soon be seen in the film "Tamanchey" with Nikhil Dwivedi.