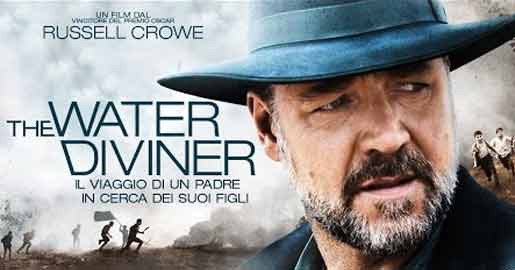 Oscar-winning Hollywood actor Russell Crowe's directorial debut "The Water Diviner", which was set to hit Indian screens on April 24, will now release a week ahead of its US release on April 17.

Crowe will enthrall the audience with his performance not just as an actor, but as a director as well. The movie is an adaptation of the book "The Water Diviner", written by Andrew Anastasios, read a statement.

The movie stars Jai Courtney, Olga Kurylenko and Crowe himself in pivotal roles.

Crowe plays the titular Australian farmer who journeys to Turkey four years after the World War I battles at Gallipoli in search of his three missing soldier sons. Inspired by true historical events, the film was shot in Istanbul's bustling markets and in the glorious Blue Mosque.

The melodramatic film is being distributed in India by PVR Pictures.