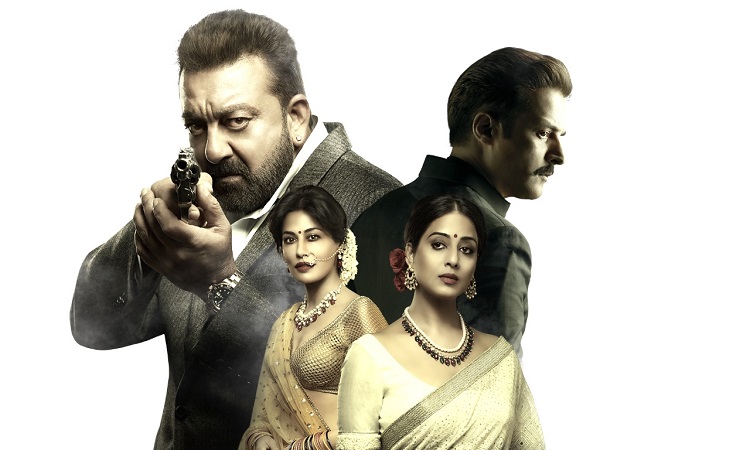 The release of Saheb Biwi Aur Gangster 3 is just around the corner and the anticipation for the third part of this famous hit franchise is high. The film starring Sanjay Dutt, Jimmy Sheirgill, Mahie Gill, Chitrangda Singh, Soha Ali Khan, Deepak Tijori, Zakir Hussain, Kabir Bedi, Nafisa Ali & Deepraj Rana, amongst others is here to bring the character arch to a whole new scale with this action drama thriller all set to win hearts of the audience. Throughout the series, the characters have tried to struggle their way out through the norms and build an empire for themselves, according to their own rules. They can kill for power, they have in them an unusual lust for life and can die for honor.
In the third part of the franchise, the characters are older than what they were in the earlier parts. This time around there is an explosion of emotions and winning takes center stage for every character.
Jimmy Shergill as the Saheb, a fading royal class who lives in the present with deep scars of the past will be seen struggling for his lost glory. Will he succeed in his tireless pursuit of power?
Mahie Gill as the Biwi, a master manipulator, will be seen reaching the peak of scheming & plotting in this part. Will she succeed in usurping power from her Saheb?
Sanjay Dutt as the Gangster, short-tempered yet compassionate, will be propelled into the treacherous world of deceit. Loved deeply and dearly by a true beauty in every sense, Suhani played by Chitrangada Singh who will define purity and faith. Will the gangster succeed in his endeavor to live a life full of love?
This edition of 'Saheb Biwi Aur Gangster' is surely going to leave the audience spellbound by an interplay of power, love, lust, greed, and vengeance. Get ready for an interesting journey of thrill, action & drama this Friday.
Presented by Raju Chadha, produced by Rahul Mittra and Tigmanshu Dhulia, Directed by Tigmanshu Dhulia, Saheb Biwi Aur Gangster 3 releases worldwide on 27th July.
Featured Video