A Gifted Dancer, Modest and Humble by Heart, popularly called the 'Viraar Ka Chokra', Govinda has touched the chords of Masses for such a long time now.Govinda emerged as an Actor in Hathya and most of his earlier films focussed on his dancing abilities. But Govinda's flair for comedy got to be noticed with David Dhawan's Aankhein. From then, there has been no looking back as he went on to become the 'Master of Dance and Comedy'..

The Fabulous Actor and MP, Govinda created a big stir on Indian Idol this week when he danced to the tunes of the comeback kid ,Ankita Mishra . Govinda was the honourable celebrity judge at the SET reality show and had a great time listening to the contestants and giving them some valuable advise. After a grueling judging session ,Telly Buzz caught up with Chi Chi for a quick chit chat on Indian Idol and his upcoming flick, Partner.

How has your come back been after this huge gap?...Are you at ease being in the industry, as you were before?

Govinda: I never felt that I was away,although Partner is my 3rd project (Salaam-E-Ishq, Bhagam Bhag)since I have returned to bollywood.But I honestly think this film will really herald my return as an actor. Kudos to Salman, Sohail and David Dhawan for making such a beautiful and entertaining movie.

Tell us more about Partner and working with co- stars like Salman, Katrina Kaif and Lara Dutta ?

Govinda: Partner basically deals with a person's need for love and how your partner can help you. It shows what a true partner can be…Salman Bhai is a good friend of mine, i really enjoyed working with him. As for Katrina and Lara, they are superb actresses.


We have lot of reality singing talent competitions these days, but what do you think makes Indian Idol different from all such shows on Television?

Govinda: I have not seen other shows properly, so can't comment. But generally speaking,all these reality shows including Indian Idol are a great platform for young talent to come forward. But what hurts me is that sometimes, the stiff competition generates a lot of negative emotions. You should sing with the purity of heart and zeal, leaving the rest to God.

Some of judges' comments are very rude and harsh? Will such words not harm the contestents confidence level?

Govinda: See as long as the judges are being true to their words, however harsh, it's okay. In many cases, have the contestants not improved post such lectures? It all depends on how you take the criticism, positively or negatively!

Who according to you is the best bet for "Bharat Ki Shaan"?

Govinda: It would be unfair on my part to say he or she is the best. The entire group needs to work very hard, as the goal is to be Bharat Ki Shaan.

Well, this is Chi Chi at his best. Telly Buzz Team wishes Govinda a great comeback in Bollywood with his forthcoming film, Partner...Looking forward to more of rib-tickling comic films from this Hero No. 1.... 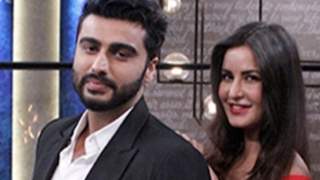 14 years ago please he wodl be in movies if it wasnt for his family connections.

14 years ago Well none of his upcoming movies really look good.. If he suits in the role of romantic hero then he should do dose.. I loved him in socha na tha..

I wish more was asked to him abt his work wid ayesha takia.. anyways thxs!

14 years ago thanx for the interview

can't wait for the movie

it is going to be very nice movie

+ 4
14 years ago Govinda-Salman rocked in Partner.. Salman simply was a stunner in Partner!!

14 years ago ohhhhhhh can't wait for that.. i love both of salman and govinda...