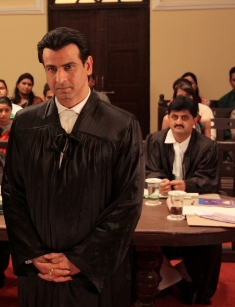 n tonight's episode of Adaalat, KD Pathak has to solve a case of a professor who gets accused of the murder of his friend. However, he doesn't know how has he killed him. He confesses that he does take some drugs for some experiment but that doesn't have anything to do with the murder. But there are witnesses who say that it is the drug that makes him go animalistic.

Is it the professor who killed his friend or is it his animalistic form? Or is it someone else. With all the evidences going against the professor how will KD save him?