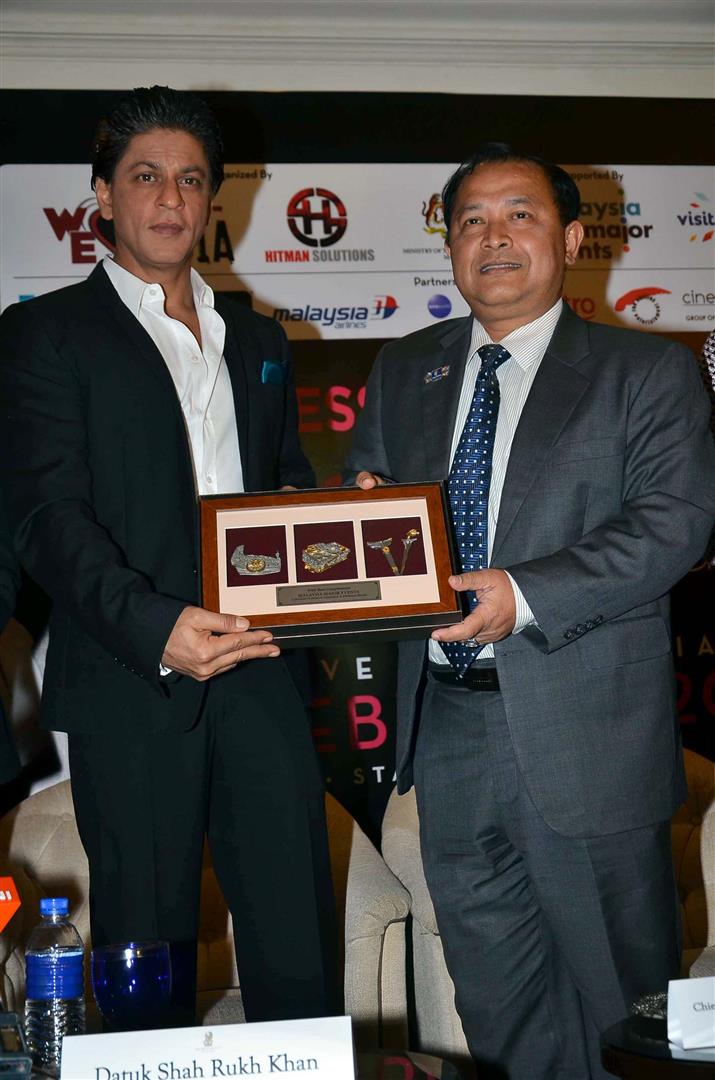 Shah Rukh Khan, who took to the stage in Kuala Lampur for his Temptation Reloaded tour, was overwhelmed with the love that he received from his fans there.

"Malaysia, you will be missed. The best two days I have had inspite of the injury. The love made it possible. Thank you," SRK, who is recovering from the injury he recently sustained on the sets of "Happy New Year", tweeted Monday.

His former co-stars Madhuri Dixit and Rani Mukerji along with singer Arijit Singh and rapper-music composer Yo Yo Honey Singh also performed at the Temptation Reloaded 2014 concert in Malaysia.

Hathras case: Kangana Ranaut says 'Have immense faith In UP ...
42 minutes ago