View Profile
How was the music created for 'kidnap’? Did the situation come first or the song?


Sandeep Vyas: Sanjay gadhvi who is the director of the film and myself we stayed in the same building in Andheri. I composed the song ‘Mit jaye’ two years back with the lyrics and everything. I called him up and said I have got a song which will totally blow your mind, he told me, my all songs are recorded and shooted for kidnap. So I said not a problem but just hear it, so he asked me to come over. I went there with my i-pod, when he was listening to the song his expressions kept on changing. I was not sure whether he liked it or not. But after putting down the head-phone he told that he could se 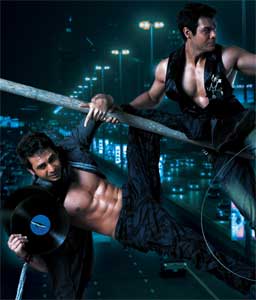 Featured Video
e the entire visual. He said that this is destiny when he said this word I asked him not to be filmy. He started like you have no idea what you have done and I am like what did I do.
He said it looks like I gave you the briefing and you did the song and you came to me. Its like the first verse of the song is for Imran and the second on Sanjay Dutt and I m taking this song. Then he made it the theme track and subtitle track for the KIDNAP.


Sanjeev Vyas: Sandeep made this tune called ‘Mit Jaye’ and he made the rock version. He has major influences on rock music and I being a Dj was more into dance music, so thought of making a dance mix of this song. The song sounded so good that we decided not to make a hindipop album and thought of trying our luck with some directors. We knew Sanjay, as Sandeep already mentioned. So we just asked for 5 mins. We believed the song have lot of potential. We went up to him with the I-pod. He heard it and he loved the song.


Song that you have sung has become a craze. Had you expected that your singing would be appreciated?


Sandeep Vyas: I have recorded fifty songs upto now but out of those I feel very strongly for this song, it’s very close to me. I knew this song is great but I didn’t know it will come to number one. I knew the fact anyone who will hear the song will say ‘Wow’ it’s a great song, and same with Sanjay. And look every channel plays it for five times a day. The song is number one on radio channels; it’s in their hit list. And before the release of the movie we sold almost 2, 00,000 copies and the review that came were also nice. What more can I ask for.

The remix version of the song has become a craze. Had you expected
that your work would be appreciated?


Sanjeev Vyas:  I always believed in my work and always like to mix and make. This was the reason I had confidence to work with Sanjay and make him listen, because I would not like to make him listen any sub-standard work. Pritam’s work is much appreciated, at present; he is one of the finest music directors in the country. So anything that Sanjay takes for his movie has to be of particular standard. So I believed in the potential of the song and knew it is really going to do well. But didn’t know it will come to number one. 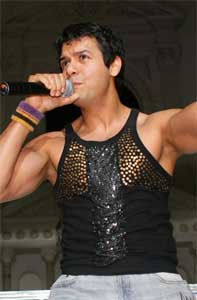 So, what next? A singing career?


Sandeep Vyas: When I went to Sanjay he was very clear that once he has the song and if a third person comes to know then he will not take the song because they are very superstitious and very secretive about anything that they do. So that is the whole synopsis. It’s like if I have got some projects in hand I am not going to tell anyone about it. My singing career is going great. I have projects in hand but I can’t reveal.

Would you say at this point of time your impulse for making music for movies is equally strong?


Sanjeev Vyas: I always want to do original music. DJing just happened because we started doing shows and all. But I am learning music professionally and I always believe in composing my own songs. The thrill in this field is creating your own stuff and getting bollywood as a platform to launch your creation, I can’t ask for anything more. And for this I will like to give my credit to my brother he has always been a driving force and inspiration for where we are today. And my mom and dad who always stood by us and believed in us!


Your song was such a big hit. So, how did your parents feel?

Sanjeev Vyas: My mom goes on telling that is my son’s song. Mom is full on high and she is like telling the whole world that my sons have done the song.

How do you work along with a movie director while composing for a film? 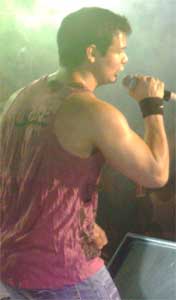 Sandeep Vyas: Director is the one who decides what songs come in because he knows the whole story. Sanjay Gadhvi decided that these are the songs, and situations. They infact took the song and made it the theme song and shoot the song for three days with Imran Khan and took parts of kidnap which were shot earlier. And made a music video and aired it to all the channels. That’s something everyone has been watching. Infact if you watch ‘Kidnap’ even if ‘Mit jaye’ was not suppose to be part of the movie then it would have been put in the end. So in every possible way the song was there.

Sanjeev Vyas: What happens that movie director gives you a situation that I want seven songs and the mode and situation then you sit with the lyricist and you work on the lyrics, then you set the tune and all! But, with ‘Mit jaye’, it was already made and it was destiny that it matched up with the script of ‘Kidnap’. So we got lucky that way.


How do you deal with competition? Are you very selective about the projects you take up?

Sandeep Vyas: Of course after coming number one and such a big movie, I am not going to take anything. I don’t need to. I am not just a music director; I am a singer, a live performer by profession. So I am not competing with anybody, I am doing my own thing and very happy doing what I am doing

Sanjeev Vyas:  Yeah of course after getting Sanjay’s movie you have to be very choosy about your platform and the kind of movies you are getting. But sometimes even if the movie is not that great, the songs do get appreciated. So it’s quite interesting... And competition is everywhere and it promotes growth and it’s healthy and keeps you busy.


Any message for your fans?


Sanjeev Vyas:  Listen to our music don’t download music buy original Cd’s. Watch movies in hall and don’t buy pirated CD’s. There are many people like us who deserves a fair change and the only way to do that is kill piracy.