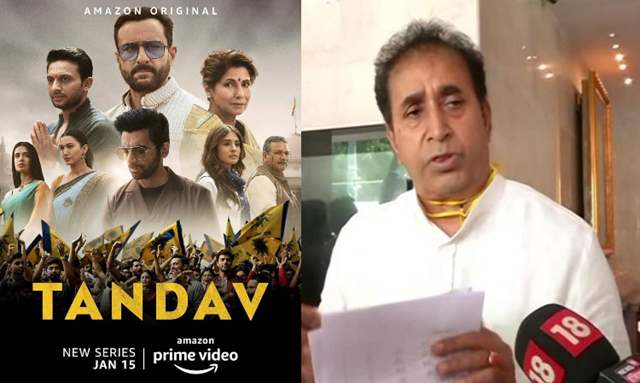 The recent development comes after an FIR was filed against the Amazon's Original Content head for India of the web-series for hurting religious sentiments.

A recent Times Now report suggests that Bharatiya Janata Party (BJP) is now holding protests against web series in Mumbai some distance away from the office of Amazon Prime Video and demanded strict action against the show.

Now, Maharashtra Home Minister Anil Deshmukh has assured that action will be taken. “We will take legal action on this issue,” said Deshmukh.

The protesters are reported to be the supporters of BJP and MLA Ram Kadam who lodged a complaint against the makers of 'Tandav' at Ghatkopar police station in Mumbai said, "Strict action should be taken against the actor, director and producer of the web series."

Bollywood actress Kangana Ranaut recently opposed the content of the web series and asserted that the makers should be put in jail, not just for criminal intentions but also for torturing the viewer.