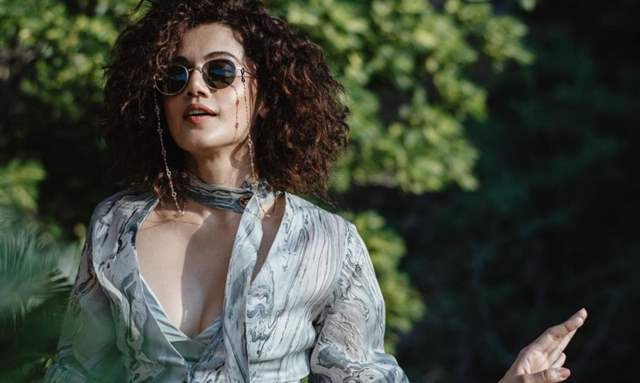 Actress Taapsee Pannu is busy prepping for her upcoming biopic film Shabaash Mithu. The film is based on the inspiring life of the Indian Women’s Cricket team captain Mithali Raj, starring Taapsee in the lead role. The actress has started rigorous training to play a professional cricketer on screen.

Recently, several reports suggested that the actress is all set to headline yet another biopic on an athlete. On Wednesday, a media report stated that Taapsee Pannu will be playing Tennis champ, Sania Mirza in her biographical film.

However, before the rumours catch fire, Taapsee has herself clarified on the same. She has rubbished the reports and stated that she is not even aware if any such biopic is in the making. While speaking to SpotboyE, she said:

“Am I playing Sania Mirza? Not that I am aware of. I am not even aware of any such project.”

Recently, Parineeti Chopra featured in the film ‘Saina’ based on Badminton player Saina Nehwal. The film was initially set to release in September 2020 but was postponed due to the COVID-19 pandemic in India.

Meanwhile, speaking of Taapsee Pannu’s filmography, the actress will also be seen in yet another sports film titled ‘Rashmi Rocket.’ Directed by Akarsh Khurana, the film is based on a Gujarati girl who is a fast runner, and Bhavesh Joshi Superhero actor Priyanshu Painyuli will play the role of Taapsee's on-screen husband in the film.