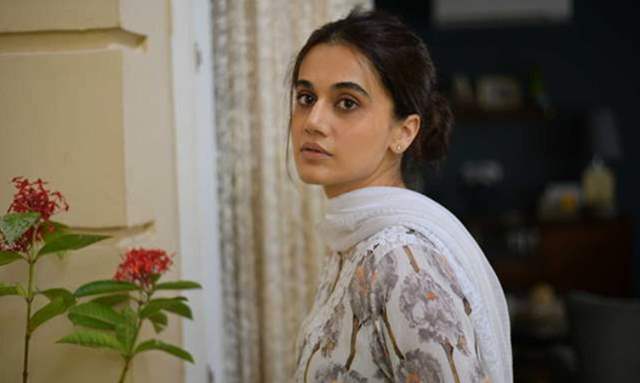 Taapsee Pannu starrer Thappad received an overwhelming response from the audience and critics as well. The 33-year-old actress has been on cloud nine and her performance also impacted her career down south. In a career span of ten years (including South and Bollywood), Taapsee has carved a niche for herself with women-oriented films in Bollywood.

The actress has played key characters as female lead too. Apart from being active in Hindi films, she also has a steady career down south.

In a recent interview with ETimes, Taapsee spoke about her life down South after Thappad, she said, “Surprisingly, Thappad being a heavy drama, I did not know how it would be received by the South. I was pleasantly surprised. I got messages and calls from people from the South film fraternity and the general audience saying how glad they were that such a film was made. I was surprised that people saw it and loved it so much.”

Thappad saw an overwhelming response in theaters. However, its box office run was impacted by the coronavirus lockdown, yet the film enjoyed a ‘phenomenal’ run on streaming. The film opened strong and collected 3.07 crores on Day 1 and it surely struck the right chord with the audiences.

Taapsee also revealed that south filmmakers have changed their perception of her, considering her work. Speaking about the same, the actress added “I am glad that people identify me for starring in films that have a good storyline coupled with strong female characters. I think I have also done films where I got to play relatively smaller parts like Soorma or Mission Mangal, but still those parts were well remembered. The fact that I did a lot of those strong roles and good films in Hindi also affected the kind of roles I got down south. After a point, the filmmakers there also started giving me more relevant characters in films with good storylines.”

The viewers loved how such a critical topic got light and it has been talked about in such a tenacious way.

Thappad marks the hattrick of hits given by Anubhav Sinha after Mulk and Article 15. The movie also marks the reunion of Taapsee Pannu and Anubahv after Mulk. The on-screen duo has surely created the right noise with such a gut-wrenching storyline.

This Anubhav Sinha directorial narrated the story of a married woman who decides to divorce her husband after he slaps her in public, forcing her to re-evaluate her relationship.

"NO means NO. Whether you are married or not, consent is paramount": ...