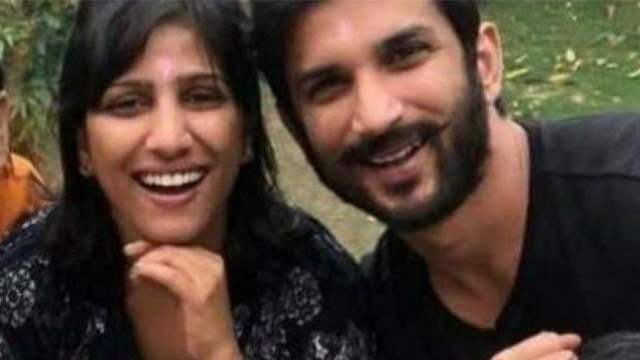 A day ago, the trailer of the film titled ‘Nyay The Justice’ was released online. Touted to be based on Bollywood actor Sushant Singh Rajput’s death, the film directed by Dilip Gulati stars Zuber K Khan and Shreya Shukla in lead roles. The film also stars Shakti Kapoor and Aman Verma among others.

Sushant’s sister Priyanka Singh has expressed her displeasure over the same and posted a series of tweets wherein she talks about losing her brother and the invasion of their privacy.

Priyanka tweeted late Friday, "An irreparable lose in the most tragic and unfortunate circumstances, which shook the collective consciousness and brought mass grief; it is the pain of bereavement of the dearest member of our family, which is still throbbing deep; And the fact that some people can use our real loss and grief to satiate their pecuniary gluttony is pure evil, sinister, and I would go as far as to call it criminal."

"Such attempts are not only invasion of privacy, misappropriation of name of our beloved Sushant, and unauthorized exploitation of his likeness in a manner most unflattering and unfitting; but such monstrous act strikes at the very core of humanness. After all, how can we call ourselves humans if we lack the capacity to empathise with others!!! For those who are happy being inhuman, will see you in the court of law! #JusticeForSushantSinghRajput #faithinhumanity," she added.

Sushant Singh Rajput passed away on June 14 2020 and it’s been ten months to his untimely demise. While it looked like a case of suicide at first, things have turned murky with new revelations being made and the case is being investigated by Central Bureau of Investigation, Enforcement Directorate and Narcotics Control Bureau.