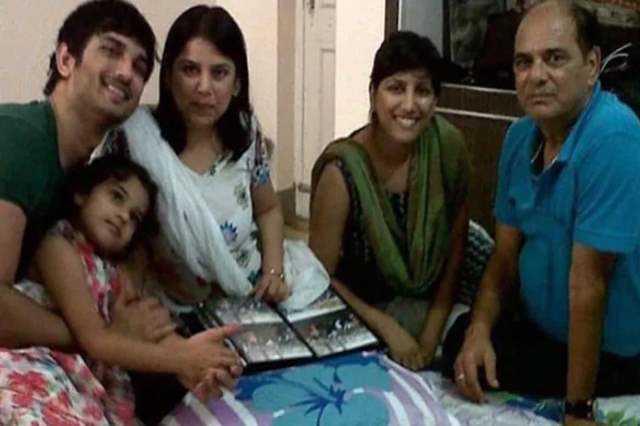 The case of Sushant Singh Rajput's passing away continues to intensify with every passing day, and now with multiple angles are being assessed including CBI being probed to investigate the case. As one would remember, Rajput's father KK Singh filed an FIR in Bihar against Rhea Chakraborty. Singh accused Chakraborty of abatement of suicide, where he recently gave a statement to CBI to investigate it as a murder.

Now, according to Times Now, Rajput's family's latest submission against Chakraborty's plea has been assessed.

They reported that the family has stated that they have no faith in Mumbai Police and that Bihar has the jurisdiction to probe the FIR against Rhea Chakraborty. The submission has been drafted by Sushant’s family’s lawyer Vikas Singh, and has said that the case is fit for a CBI probe as there are two states involved, there is a fight for jurisdiction and also reportedly added that the Mumbai police haven’t cooperated with Bihar Police for the probe.

As per Times Now, it has also been alleged that the Bihar Police were manhandled by the Mumbai Police and claimed that crucial documents such as the post-mortem report, CCTV footage, were not shared with the Bihar Police.

Recently, Rajput's sister, Shweta Singh Kirti took to Instagram to share a video which she captioned,  “We deserve to know the truth.” In the video, she can be seen saying, “Hello everyone, I am Sushant Singh Rajput's sister Shweta Singh Kirti and I request everyone to stand together and demand CBI inquiry for Sushant. We deserve to know the truth. We deserve justice for Sushant. Otherwise, we will never find closure. We won't be able to live a peaceful life. I request you from the bottom of my heart to stand together and demand a CBI inquiry because we have the right to know the truth. Thank you".