The Supreme Court Monday disapproved of the controversial song 'Jana Gana Mana Rann' in director Ram Gopal Varma's new film 'Rann', saying nobody has the right to tinker with the national anthem. 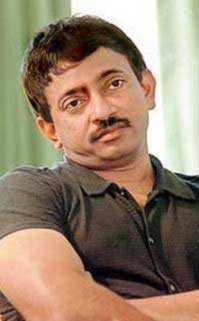 Featured Video
A vacation bench of Justice V.S. Sirpurkar and Justice R.M. Lodha said this while hearing a lawsuit by the director challenging the denial of permission for exhibition of a promotional film for the song, which is based on India's national anthem 'Jana Gana Mana'.


'We have read it (the script of the song). It gives a total negative sense. It appears that every line of the national anthem has been proved wrong,' said the bench.


'Nobody has got the right to tinker with the national anthem,' the bench observed, while denying any prompt legal relief to Varma against the May 8 order of the Central Film Certification Board.


The board had denied Varma the permission for release of the promo on the grounds that the song, 'Jana Gana Mana Rann', had distorted and tampered with the national anthem.


Refusing to grant any urgent legal relief to the film director, the bench told him to first approach the appellate tribunal, set up under the Cinematography Act, 1952 to challenge the board's decision.


The bench also asked the tribunal to decide on Varma's lawsuit challenging the board's decision within a month and subsequently asked the film director to come back to it if he was not satisfied with the appellate tribunal's ruling.


Appearing for Varma, senior counsel Arun Jaitley sought scrapping of the board's decision, contending that it has prompted various television channels to not show the promo.


Jaitley contended that the board's decision has made even mobile telephone service providers averse to uploading the song as caller tunes for fear of insulting the national anthem.


In his lawsuit, Varma contended that the 'Jana Gana Mana Rann' song in his film merely uses the national anthem in a respectful manner for the purpose of artistic expression.


He said the issue involves a citizens' fundamental right to freedom of speech and expression.


Jaitley argued that if the film song could be misconstrued as showing disrespect to the national anthem, then the flag of various political parties too would be regarded as no lesser an insult to the national flag.


He said after all the flags of parties like the Congress, Nationalist Congress Party and Trinamool Congress bear a striking similarity to the national flag barring their central symbols.


But the court did not appear to be convinced by his argument.