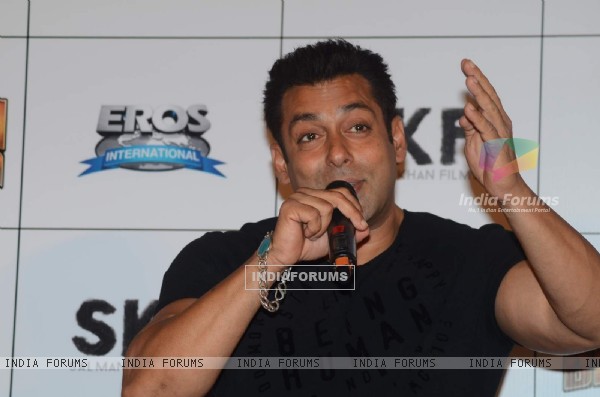 As reported earlier, the two big banner movies, Sultan and Raees are going to clash at the box office. Sultan starring Salman Khan and Raees starring Shah Rukh Khan will hit the big screens on the occasion of Eid in 2016.
A lot of buzz is making the rounds as to which production house will change its release date.
Earlier we had reported about Shah Rukh breaking his silence about the clash. He was quoted saying, "First, it's not a clash. I know everyone's too excited about the clash because of the social media. I would like to clarify something now. There are only 365 days in a year with 52 weeks and we make almost 200 films. So it's bound to happen that some films release on the same day.
Now we have Bollywood's Bhai speaking about it.
During a recent media interaction when Salman was asked about the clash he said, "Sultan will release on the date decided".
He as well shared about his preparations that are going on for the character and that he has no clue whether Rekha will be a part of the movie or not. He was quoted saying, "I have to put on a lot of weight and I am working towards it. I don't know about Rekha being a part of the film."
Keep reading this space for more updates.