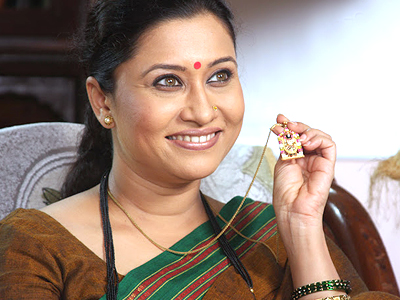 As reported earlier by us, the show will consist of actors like Alok Nath who will play the head of the family. While the other actors who will be a part of the show are Harsh Vasishta, Karuna Pandey and Mahesh Thakur. The leads of the show are the newcomers who are making their debut from this show.

Now we got to know that Suchitra Bandrekar has also joined the cast of this show.

We got in touch with Suchitra for the confirmation for which she said, "Yes I am doing Mere Rang Mein Ranganewali show where I will be seen as bua saas. I can't reaveal much about my character as off now."

TellyBuzz wishes Suchitra Bandrekar all the best for the new show!

Sana_Jannat 5 years ago Waiting for it Hope it will b GOOD STORY Like PKDH though PKDH is BEST...
ALL THE BEST..