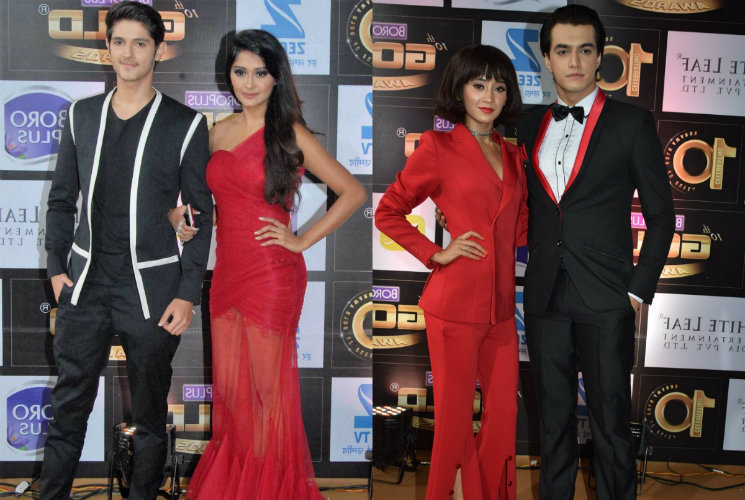 Black tie events call for a lot of elegance where men have to show up in their classic best and women in all their exquisiteness and glory.
And the Gold Awards 2017 was no exception. When the occasions are as grand as this was, black becomes the colour for men, while red is the preferred one for women.

The classic case of the same was for the Yeh Rishta Kya Kehlata Hai fame jodis, Rohan Mehra-Kanchi Singh and Mohsin Khan-Shivangi Joshi.
Here's how they turned heads with their chosen looks for the night. On our style radar, one couple failed while the other one surely nailed.

Dressed in a sultry net gown, Kanchi looked like a total diva and beau Rohan was at his dapper best in a rather casual take on the classic black suit. 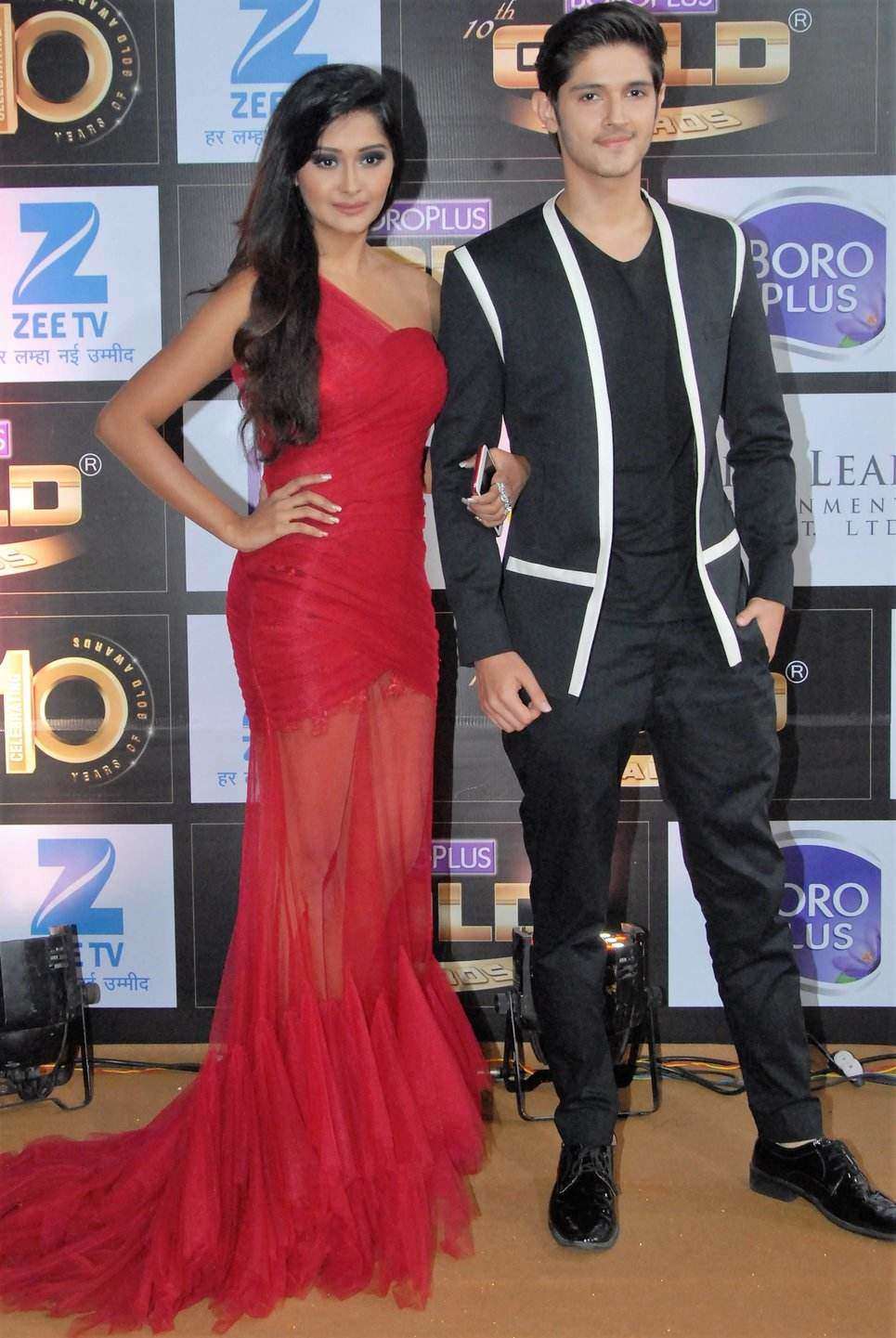 And coming to Shivangi and Mohsin, apparently the couple took their red-carpet look very seriously. While the former showed up looking like a Chinese-doll, the latter tried too hard to match her avatar with a red lapel blazer.

For us the winners are, hands down, Kanchi Singh and Rohan Mehra.
What about you? Let us know in the comments below...
5 Likes

panistory 3 years ago Love u Shivangi Joshi and Mohsin Khan..
Shivangi's outfit was something different from usual red carpet gowns...yaa kanchi looked good no doubt.. but u don't need to compare these two and create a fanwar..there will be some hit and miss...Shivin always rocked their look... be it the SPA or star screen... they were best...
In SPA shivin were the best dressed one... shivi's black gown and mohsin's black suit was so good...they nailed it several times..
They had earned all the love through their hardwork and dedication...They are fabulous as kaira in Yeh Rishta Kya Kehlata Hai...and i love them for their work...

Tara_Vjian 3 years ago Kanchisingh and Rohan mehra
They looked fab.

CaptiveFreedom 3 years ago There is nothing wrong in not looking perfect every single time! They nailed it several times and that's what matters more. Mohsin Khan and Shivangi Joshi are best actors!

sheryl9 3 years ago I am a shivin fan but kanchi and rohan looked fenominal especially kanchi...

janvi0513 3 years ago Shivangi Joshi and Mohsin Khan were looking wonderful at the awards. I love the way they always do something different.

Hayaa.m 3 years ago Well I partly agree with the article as even though I m Shivin fan but it's true that Shivangi looked terrible in this look. She was no doubt worst dressed. Seems like on screen her offscreen dresses choice has been too badly lately. Don't know what has happened too her ..it's better she should tone down her make up and instead of experimenting with her looks better stick to her old simply yet classy elegant style like the ones she wore in Star Pariwar Awards or Star Screen awards. Too much bright make up and dark lipstick on her dark complexion make her look strange. Compare to her Mohsin still looked better though he needs to change his YRKKH type hair style (too monotonous). Both Shivin needs to focus on what already looks good on them that is their natural look and wear according to the event. So yes extremely bad choice of cloths and equally bad make up of Shivangi. These r one such looks of Shivin which I never want to see again ever.

In the other couple Kanchi looks cute and lovely. Perfectly dressed for the award show. Whereas Rohan was ok.

To sum up from the above Kanchi and Mohsin Khan looked better.

Crazy_girl03 3 years ago Lol! IF another article
Btw Shivangi and Mohsin were looking fab
Bt thats ok we know how u decide the winners
N other two no comments

janvi0513 3 years ago Not just this but Shivangi Joshi and Mohsin Khan every look has been fab at all functions.
Whether it is this look of theirs where they chose the black and red colour, which is classic but gave it a something extra by shivi ditching the gown for a suit and Momo adding a colour pop with red. Or their look at the SPA, the normal black backless gown and usual man suit. Even their look at india Wikimedia or something, where Shivi had worn a short, one shoulder marron dress and Momo in a casual black shirt, not to forget star screen awards, the beautiful shimmering golden gown and Momo wearing a silver grey suit instead of the always black. They have tried out so many different looks and they have rocked each one of them, because it doesn't depend on the clothes, it depends on the style and elegance of the person how the carry out the look. And Shivangi Joshi and Mohsin Khan are pro in making people fall for them in just one look.

Others need to stop reacting so much, the people who commented praising Shivi, they just praised her and simply said that they liked Shivin look more that Rohan Kanchi. Where as people who praised Rohan Kanchi's look pointed fault that weren't there in Shivin's look. So shivin fans don't need to speak bad about other's room praise Shivin, but looks like other's can't praise their favs without putting Shivin down.