View Profile
Producer Shoeb Ahmed says the story of his upcoming crime drama "Meeruthiya Gangsters" is so effective that people will remember it as a collective effort and not in terms of individual performances. 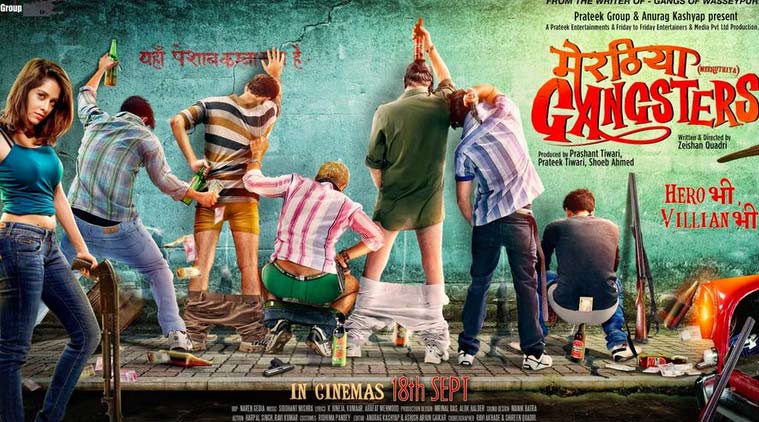 "The audience will value 'Meeruthiya Gangsters' in terms of story, and not in terms of artistes' performances, as the characters convincingly blend with the story. Usually actors act like stars in a film, but for us, the story itself is the star," said Ahmed.

He says he took numerous unconventional decisions -- which no other first-time producer would have dared to take -- for "Meeruthiya Gangsters". He is confident that these decisions would be fruitful. One of them is to get cricketer Suresh Raina to sing a song "Tu mili sab mila aur kya maaangu main".

"Suresh is a very close family friend. I knew that he has an inclination towards music, so I insisted that he sings for our film. He happily obliged by doing a fantastic job with his confident vocals.

"Nobody would have imagined that his vocals are as strong as his cricketing skills," Ahmed said.

Ahmed said that "people thought that I was crazy to be starting off with a debutant director and fresh cast, but I never doubted the capability of Zeishan Quadri or the actors".

"Zeishan has written a brilliant script and the manner in which he has efficiently shot the scenes, will make it difficult for people to believe that it is his first film. I'm extremely impressed with the way the film has shaped up and my faith in newcomers has been rewarded magnificently," Ahmed added.

Ahmed is one of the brains behind the renowned real estate corporate Prateek Group in Delhi along with Prashant Tiwari who are venturing into full-fledged production with this film. The company, which intends to back "good content", has experience as distributors and exhibitors.