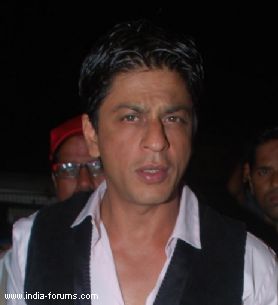 A driver who works with superstar Shah Rukh Khan, Rajendrakumar Gautam has been arrested for allegedly raping a girl who works at former beauty queen and actress Sangeeta Bijlani's house, said an official from Bandra police station and added that the investigation is going on.

"The case was registered here Wednesday evening and the investigation is going on. At the moment, we are not allowed to talk about the case as the investigation department is looking after it," the official told IANS.

The driver Rajendrakumar alias Pintu Mishra, 34, who is reportedly not SRK's personal driver, called the 17-year-old at a hotel in Nallasopara here, on the pretext of offering her a job, where he raped her.

Although the girl is said to be a minor, the police are checking her date of birth to get the right age.

"We are also checking the victim's date of birth certificate to check if she is still a minor or not," another official from Bandra police station told IANS.

The girl, who came to the city from Latur (Maharashtra) in search of a job, got the opportunity to work at Sangeeta's house.