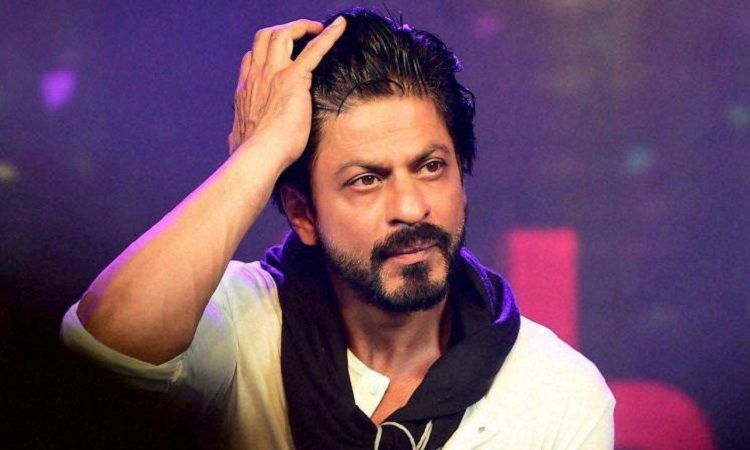 From being a romantic hero who made women weak in the knees to playing his own fanatic fan, a bootlegger, a psychologist and now a vertically challenged man in "Zero" and an astronaut in the Rakesh Sharma biopic -- Shah Rukh Khan, who turns 53 on Friday -- has been experimenting and reinventing himself by taking risks, say experts.

The risks may have not always reaped praises, especially with films like "Dilwale" and "Jab Harry Met Sejal", but that hasn't deterred the actor from trying something new.

Superstar Aamir Khan has vouched for Shah Rukh's "Zero", after watching its trailer at a special event.

"SRK, you have outdone yourself," Aamir tweeted, impressed by a glimpse into the Aanand L. Rai directorial which also stars Katrina Kaif and Anushka Sharma.

The film's trailer will be officially launched on Friday afternoon. Trade analysts who have already had a sneak peek into it have said the movie, which is likely to have a "strong undercurrent of emotions", promises "hardcore commercial drama and melodrama at its best".

While "Zero" will release on December 21, according to filmmaker Rahul Dholakia, who directed Shah Rukh in the gritty "Raees", the actor's energy and appetite to experiment is still like that of a 23-year-old.

"At 53, he is hungry. Still very hungry. And he has so much to offer that I am not surprised as to why he is trying different roles, and I am really glad he is open to that.

"He can play intense scenes as easily as he could charm and romance. He has the biggest, widest and most convincing range than any other actor in the industry," Dholakia told IANS over the phone.

Asked about the impact of the rise of actors like Ayushmann Khurrana, Rajkummar Rao and Vicky Kaushal, who are scoring big with offbeat films, Dholakia said: "I don't think Shah Rukh's work will be affected. If at all, he will reinvent himself to suit, match and excel at new scripts and narratives that are emerging and getting popular.

"For actors like Shah Rukh, it's going to be about picking different parts and right scripts. He is very smart and hardworking. He has got the passion and drive of a newcomer."

Shah Rukh, who entered the industry via the small screen route with "Fauji", went on to win the audience's heart with films like "Dilwale Dulhaniya Le Jayenge", "Dil To Pagal Hai" and "Kuch Kuch Hota Hai". Not only in terms of love stories, Shah Rukh garnered a huge fan following for his villainous roles in movies like "Darr", "Baazigar" and "Anjaam".

In the past five years, the actor has featured in movies like "Chennai Express", "Happy New Year", "Dilwale", "Fan", "Dear Zindagi", "Raees" and "Jab Harry Met Sejal". While some scored success, some stories did not strike the right chord with the audience.

Shah Rukh had even reportedly refunded distributors of "Jab Harry Met Sejal" after it failed to generate the expected response.

"Instead of doing same romantic roles again and again, Shah Rukh should do something different. Like Rishi Kapoor took a break in his career and then rediscovered himself, SRK should also do the same," Mirani said, adding that mediocre scripts are responsible for the actors' films which have not performed well.

He said: "It has been more than 25 years since SRK is a part of this industry. With each of his projects, his fans expect something new from him. He should do stories which are different and don characters which people could relate with."

Shah Rukh himself wants no mediocrity -- so suggested one of his latest tweets in which he wrote: "I am okay to die of excess... I welcome starving because of want... just don't let me succumb to an accident with mediocrity."

"He always tries to explore himself, with the kind of body work he has. He has done everything. He is discovering new projects. That is the journey of a true actor... when you keep trying new things and try to rediscover yourself. He is doing that and he is a well-read man. I am sure whatever he will do, will be something he will always be proud of," Sonu told IANS.