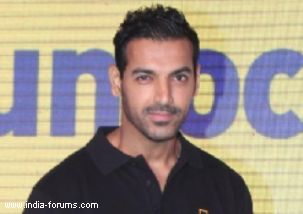 Actor-producer John Abraham says sportspersons across the world are his role models as far as fitness is concerned.

"Most sportspersons around the world are my fitness role models. If you are specifically asking about India, I think cricketers and football players...they are super fit people," John told reporters at a diabetes awareness program.

"I think they become biggest role models for all the people around," he added.

The supermodel-turned-actor charmed everyone with his chiselled frame in films like "Force" and "Madras Cafe".

He is currently busy shooting for "Welcome Back". Besides, he is also working on his home production "Banana".