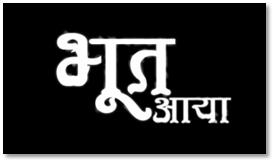 Sony Entertainment Television's horror series Bhoot Aaya' will narrate Pune based incident this Sunday. This incident occurred with Richa and her husband Himanshu who reside in the city of Pune.

They were deeply in love with each other and soon they got married. Their life took a new turn when they discovered that Richa is pregnant.

But destiny had planned something else for them, there was an evil eye who wanted to ruin this happiness in Richa and Himanshu's life.

One day the couple decided to go for dinner, after coming back Richa suddenly got a feeling that someone is chasing her. She went and complained to her husband about this but Himanshu didn't take her seriously instead tried diverting her mind.

Time and again evil uncertainties started occurring with Richa but it was only when it happened in front of Himanshu he started believing on Richa's worries.

Through a friend's consultancy they decided to seek help from the Indian Paranormal Society experts.  They got to know that there is a bad omen that is haunting their life because of a bad deed done by Richa in her past life.