View Profile
The vivacious Sonam Kapoor is all set to seduce Abhishek Bachchan in a song titled "Ladki Hain Nadan" from her upcoming movie Players. Those who have heard the track, it goes noticed that the lyrics of the song are very interestingly bizarre. Those who haven't, in the song, 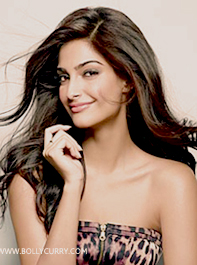 Abhishek is praying to God to grant the heroine some common sense. Yes indeed! With lyrics such as 'Usko Buddhi Do Bhagwaan', you might be entertained by Sonam.
The track is hip-hop song similar to the likes of "Khwab Dekhe" from the movie Race, where Katrina can be seen wooing Saif. However, in this number, Sonam is wooing a mildly amused Abhishek, dancing around him amidst by foreign background dancers.
The crime thriller Players, which is the official remake of American movie The Italian Job, is set to release on 6th January 2012 and is directed by the duo Abbas-Mustan. The cast also includes Bipasha Basu, Bobby Deol, Neil Nitin Mukesh, Omi Vaidya and Sikander Kher.
All said and done, the video does have a catchy beat and Sonam Kapoor's moves definitely make the song worth the watch!

Huma Qureshi Loses Cool; Says She has been 'Unnecessarily ...
45 minutes ago

2020 is Turing Out to be a Fruitful Year for Prabhas!
45 minutes ago