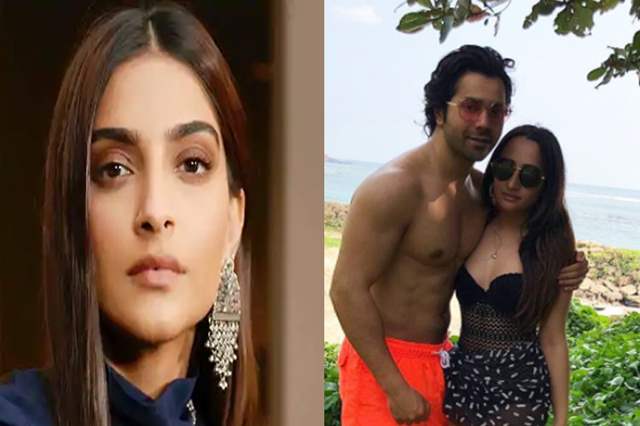 Merely a few days away from one of the most-awaited high-profile weddings - Varun Dhawan and Natasha Dalal, there is an update coming in almost every single day. Their wedding, as we know has been delayed for a rather long time now and is finally happening in Alibaug amidst the on-going COVID-19 scare and with a restricted guest list.

We also know that the guest list will indeed be restricted but that doesn't mean there won't be industry people coming in. Several friends of Dhawan from the industry are reported to make it to the wedding but there is one sad development coming in that actor and Dhawan's close friend, Sonam Kapoor might be missing the wedding.

According to a report in Bollywood Hungama, Kapoor is currently shooting in Glasgow for her upcoming film, Blind and is under strict lockdown rules with no exceptions being made. With such strict rules, Kapoor might not be able to fly for the wedding in India. The festivities begin on 21st January 2021 where Dalal is herself a fashion desinger will wear her own dress while Dhawan's attire will be designed by Kunal Rawal.

The wedding will reportedly be a sunset wedding and will take place in a scenic background post which there will be a reception dinner for all the guests.

We hope it is possivle for Kapoor to make it to the wedding somehow.