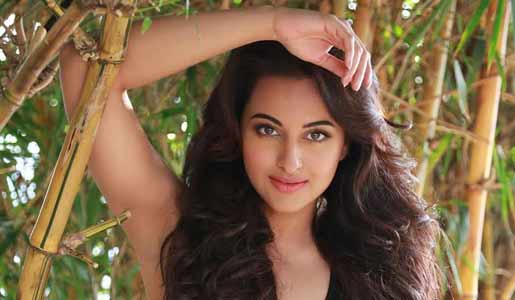 Sonakshi Sinha is one actress who is nailing it just right with the movies she is doing and just ups the ante each time with her films. The actress who is currently running high on the success of her recent film Holiday has been living out of the suitcase quite literally we hear!! News is that she has been traveling non stop for 3 months, be it for the shoots of her films or brand shoots, photoshoots, promotional events etc A source close to her team said, 'Yes, Sonakshi has constantly been on the move and the year is only set to get busier for her. In fact, after the extensive promotional tour of Holiday, she had gone to LA to shoot a special video with Honey Singh and after coming back she finished the 2nd schedule of Lingaa in Hyderabad which she is shooting with Rajnikant sir and after that immediately left to wrap up the shoot of her next film with Arjun Kapoor in Akhluj ( near Pune) and then in Delhi.  Now in a few days Sonakshi will be leaving for London for the Bollywood Showstopper event where she is going to be performing.' 'And after her London gig, she will immediately leave for Mysore to shoot one more schedule for Lingaa again and then will be joining the team of Action Jackson for which she will again be traveling out of India,' added the source. Well, with such a busy schedule and so many shoots back to back we can only say Kudos to you Sonakshi Sinha - what a hardworking girl!!
0 Likes